The controversy surrounding the succession to the throne of the Olubadan of Ibadan, seems to have been laid to rest as the Olubadan-in-Council has held a private meeting with Governor Seyi Makinde of Oyo State.

The controversy surrounding the succession to the throne of the Olubadan of Ibadan, seems to have been laid to rest as the Olubadan-in-Council has held a private meeting with Governor Seyi Makinde of Oyo State.

The Council also gave the assurance that the legal tussle hindering the pronouncement of the next Olubadan would also be sorted out by next week.

This was confirmed, on Saturday, by Senator Rashidi Ladoja, the Osi Olubadan and former Governor of the state, while briefing journalists after a meeting, held behind closed doors, between the Council and Governor Seyi Makinde.

The meeting started shortly after the Govenor left the Armed Forces and Rememberance Day celebration which held at the Remembrance Archade, opposite the Government House, Agodi Ibadan.

After the meeting, however, the members of the council said they had resolved and agreed on the issues causing trouble and assured indigenes and friends of the city of united and bonded members, asserting that there is no argument about Senator Lekan Balogun becoming the next Olubadan because he is the next in line.

Although some members of the council, including High Chief Lekan Balogun, High Chief Owolabi Olakuleyin, High Chief Gbadamosi Adebimpe, and High Chief Eddy Oyewole were seen coming out of the meeting earlier than others, Ladoja said the meeting had been concluded and they were set to go for lunch before Balogun and other High Chiefs asked to be excused and left because it was not yet time for them to eat lunch.

Ladoja said: “I can tell you that Ibadan is very lucky. The meeting held in an atmosphere of conviviality, and again we were treated to a nice lunch afterwards. Which means that there was no rancour, all the matters that were causing crisis in Ibadanland have been resolved.

“The governor has been magnanimous to have called this meeting because those of us that said we were never going to meet again at all finally met and we resolved all the matters. I can tell you that by next week you will see that there is no tension in Ibadanland again,” he affirmed.

Announcing the next Olubadan

On how soon the next Olubadan would be announced, Ladoja responded: “We have our procedures, now that everything has been cleared, the kingmakers will now meet and we will present the candidate to the Governor for assent. On the court issues, we are going to brief the lawyers and they will do the needful. By next week you will see the new development to confirm that there is no crisis whatsoever in Ibadan again.”

The former governor thanked the indigenes and friends of Ibadan home and abroad, saying Ibadan is very lucky as the city has trained many notable people in Nigeria to go and rule in their towns and is therefore capable of solving its problems.

Given the onset of a second wave of the COVID-19 disease, the Lagos State Government has urged stakeholders in the built environment to adhere strictly to the guidelines relevant to building construction sites in order to prevent the spread of the virus in the State.
byLateef Idris
No comments 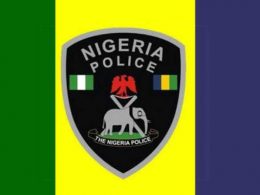 As part of efforts to stem the tide of insecurity during yuletide, the Lagos Police Command has arrested about 425 suspected criminals for various crimes ranging from armed robbery, rape, impersonation and cultism, just as it also disclosed that 190 have been charged to court for prosecution.
byTayo Aderinola
No comments 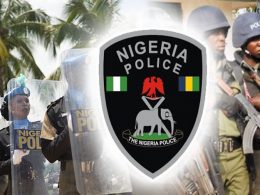 IRT decongests cell to release many suspects in Lagos

The Inspector-General of Police IGP Intelligence Response Unit (IRT) , Southwest zone,Lagos has decongested its cell and set to release some of the 70 suspects in detention.
byLateef Idris
No comments 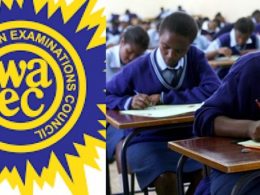