Residents of Ojodu Local Council Development Area have been cautioned against indiscriminate dumping of refuse to prevent outbreak of cholera in the area.

To this end, the authorities in the council have stepped up enforcement against illegal dumping of refuse and vowed to bring the full weight of the law on anyone caught in the act.

The Executive chairman of the council, Oloro Julius Olumuyiwa issued this warning on Saturday during evacuation of refuse within the council area.

He said that since the launch of Cleaner Lagos Initiative by Governor Ambode, the council has continued to remove refuse in unauthorised areas resulting into a cleaner environment in the area.

Olumuyiwa commended the support currently enjoyed from the Cleaner Lagos Initiative, CLI, adding that residents have been urged to give their full backing to ensure the success of the programme.

On his part, the council’s Vice Chairman, Bunmi Oluyadi said they were determined to keep the council area clean at all times.

He noted that since health is wealth, the council would continue to educate residents on the need to cultivate clean hygiene in order to live a healthy life.

Bunmi Oluyadi also renewed appeal on residents to always intimate the council on different challenges confronting them for prompt response. 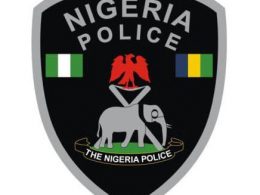 Lagos State Police Command has warned against any form of rally that may spark violence in the State.
byLateef Idris
No comments

Sanwo-Olu seeks court to strike out suit against new Oniru

Mr Babajide Sanwo-Olu, the Lagos State Governor has asked Igbosere High Court in Lagos to strike out a…
byTayo Aderinola
No comments 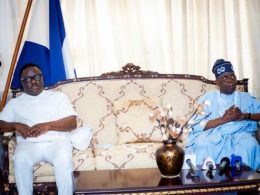 Gov. Ben Ayade of Cross River on Tuesday promised that the people of the state would work hard to ensure the victory of the All Progressives Congress (APC) presidential flag bearer, Sen. Bola Tinubu in the 2023 election.
byLateef Idris
1 share
1
0
0
No comments