A court in Abuja has summoned the Inspector General of Police (IGP), Ibrahim Idris to attend court on September 17 to among others, explain the absence of the Senate President, Bukola Saraki in court on Monday.

Justice Abdullahi Garuba Ogbede of the Grade 1 Area Court, Aco Estate, Lugbe, Federal Capital Territory (FCT), Abuja ordered the issuance of summons on Idris on Monday following Saraki’s absence when the case in which he (Saraki) is listed as defendant was called.

Saraki is listed as the sole defendant in a criminal complaint made against him by an Abuja-based lawyer and rights activist, Oluwatosin Ojaomo, in relation to the ongoing investigation by the police into the April 5, 2018 bank robbery incident in Offa, Kwara State.

In the complaint marked: CR/196/2018, filed under Section 89(5) of the Administration of Criminal Justice Act (ACJA) 2015, Ojaomo argued that Saraki’s alleged refusal to honour an invitation allegedly sent to him by the police, in relation to the Offa robbery investigation, amounted to the offences of “obstructing a criminal investigation and disobeying a public officer carrying out a lawful responsibility.”

At last hearing on August 3 this year, Justice Ogbede ordered that processes in the case be served on Saraki and adjourned to September 10 for report of service and hearing.

At the resumption of proceedings on Monday, complainant’s lawyer, E. S. Marcus noted that the defendant was absent in court. He also noted that neither the IGP nor his lawyer was in court to explain the defendant’s absence.

Marcus informed the court that when the complainant could not effect service of the processes on Saraki as ordered by the court, it applied, under Section 122 of the ACJA, to the IGP to help effect service on the defendant.

He said the IGP was required, under the law, to either produce the defendant in court or attend court to explain why the defendant was absent.

Marcus later applied that the IGP be summoned to enable him explain to the court what efforts he made to ensure that the defendant attend court, an application the court granted by ordering the issuance of a witness summons on the IGP.

The witness summons dated September 10, 2018 reads: “You are hereby summoned to appear before the Grade 1 Area Court, Aco Estate, Lugbe, Federal Capital Territory (FCT), Abuja on the 17th day of September 2018 at 9am to testify about what you know concerning the matter of the said complaint and not to depart thence without permission; and you are hereby warned that if you shall, without just excuse, fail to appear on the said date, a warrant will be issued to compel your attendance.”

“That you, Dr. Bukola Saraki, on or about the 24th day of July 2018 within the jurisdiction of this honourable court, did refuse to honour the invitation of the Inspector General of the Nigeria Police Force to report at the police headquarters in FCT, Abuja to answer to  an allegation involving the investigation of  some criminal suspects involved in a case which the Nigeria Police Force is currently investigating, thereby obstructing a criminal investigation and disobeying a public officer carrying out a lawful  responsibility .

“You thereby committed an offence punishable under Section 136 and 149 of the Penal Code Law. Whereas, the complainant is praying the court to charge the defendant accordingly.”

The Lagos State Government has deployed a verification platform to validate the authenticity of COVID-19 PCR tests done within the Private Laboratory Consortium and all State Public laboratories for outbound flights. This platform can be accessed through an App and the use of USSD (Unstructured Supplementary Service Data-codes).
byTayo Aderinola
No comments 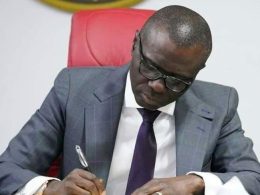 The Lagos State Government (LASG) has called for vigilance and adherence to safety regulations in the face of coronavirus (COVID-19) as students return to school at the end of the vacation.
byLateef Idris
No comments 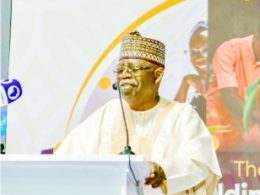 The presidential candidate of the All Progressives Congress (APC) Asiwaju Bola Ahmed Tinubu will on Monday engage northern leaders in an interactive session.
byTayo Aderinola
No comments

The Federal Government is to establish regional courts to try and prosecute illegal miners in the country. Dr…
byTayo Aderinola
No comments