The leaders of the robbery gang that struck banks in Offa in Kwara on April 5 are reported to be making startling confessions.

The robbery led to the death of more than 30 persons, including policemen and loss of millions of Naira.

As families of victims are mourning their loved ones killed in the operation, the robbery gang leaders are making mind boggling confessions.

At least 22 suspected in connection with the bank robbery, including the ring leaders, are currently detained for investigations.

According to a reliable source, a dismissed Corporal in the Nigeria Police, Mr. Micheal Adikwu, led the operation.

He was assisted by another leader, Mr. Kunle Ogunleye a.k.a Arrow, and one Abel and others.

They have confessed to the operatives of the Inspector-General of Police Special Intelligence and Response Team (IRT), led by Deputy Commissioner of Police, Mr Abba Kyari.

Adikwu, the dismissed corporal, who organised and led the bank robbery operation has confessed to have killed over 20 people, majority of them policemen.

“Adikwu was formerly working with the Kwara State Police Command, SARS unit, before he was dismissed for allowing suspected armed robbers detained, to escape. Since then, he had been embittered and vowed to deal with policemen.

“Adikwu told IRT operatives that his killing of the policemen was not a mistake, but quite deliberate.’’

“Adikwu, in prison, has been threatening to the hearing of other inmates, that he will kill as many policemen as possible once he has the opportunity.’’

He is reported to have vowed that he would continue to kill policemen because of his dismissal from the force and sending him to prison for release robbery suspects.

A member of the gang, Kunle Ogunleye aka Arrow, also confessed to have killed two persons.

Another member of the gang, Abel, confessed to have killed five persons.

Abel reportedly said: “I killed five persons, but I sprayed bullets on many people. I don’t know if they died. I can only confirm the death of five people, who I witnessed myself.”

“They also confessed to have gone to Offa three times on surveillance mission.

“ He confessed he led the three gang members into the station. The four of them walked into the station like they came to lodge a complaint. They concealed their rifles in their clothes and immediately they entered the police station premises, Adikwu opened fire and killed the station guard.

“He confessed killing nine people in the police station and carried their rifles.

“They confessed to have taken Tramadol and other drugs before embarking on the operation. They killed over 30 people on that day.

“After the operation, he went to each of the banks which were being robbed to issue orders. He was captured on CCTV shouting at his members, telling them what to do and what not to do,” the source further said.

Arrow is quoted to have said: “I was among the three persons that entered the police station with Adikwu, but I didn’t shoot or kill anyone. It was Adikwu that shot and killed all the policemen. He went from one office to the other, killing everyone. We only gave him cover.” (NAN) 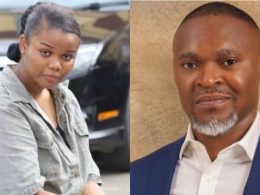 Two representatives of Access and GT Banks took the statements of account of the Chief Executive Officer of Super TV, Usifo Ataga to court on Monday.
byTayo Aderinola
No comments 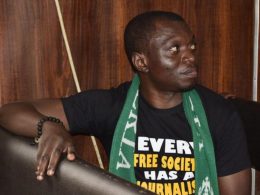 Why we arrested Agba Jalingo in Lagos, moved him to Abuja – Police

The Federal Capital Territory Police Command has said that Cross River activist and journalist, Agba Jalingo is currently in its custody.
byLateef Idris
No comments 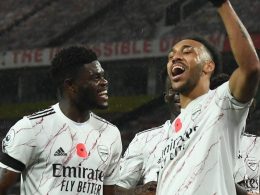 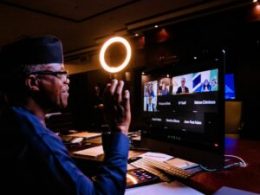