Senator Stella Oduah on Monday, staged a protest at the venue of the PDP primaries in Anambra state over what she termed unwillingness of the party to listen to the yearnings of aspirants.

Speaking in a telephone interview with newsmen, Mr Anayo Ekeanya, Special Adviser, Media to Oduah said that the senator was among four other aspirants who staged a protest in Awka.

Ekeanya said that other people who protested included: a member of the House of Representatives Lynda Ikpeazu; Chairman Capital Oil, Ifeanyi Uba as well as former Minister of State for Transportation, Prince John Emeka.

According to him, the Senator has threatened to abstain from the race if the party does not consider the demands of the aspirants over the delegates’ conference which was marred with irregularities.

Speaking in a telephone interview with our correspondent, Oduah  confirmed the protest adding that the aspirants could not allow the party to begin another era of imposition.

She maintained that she would protest to the end or abstain from the primaries if the does not revisit the delegates’ conference.

Oduah alleged that the returning officers of the conference personally filled the result sheets that was submitted in Abuja and discarded the one used for the conference.

On Friday, Senator Oduah while addressing newsmen said that ward congress of the party held last Wednesday to elect three delegates per ward was fraught with “irregularities and sabotage’’.

“As if the case of hijacking was not enough, the ultimate result of the ward congress which was submitted by the Secretary of the panel was switched for a doctored result.

“The exercise violated all known principles of democratic practice. Several complaints have continued to trail the exercise as most party faithful are disgruntled and agitated,’’ Oduah said.

She disclosed that she had petitioned the National Caretaker Committee Chairman of the party, Sen. Ahmed Makarfi, over the matter, and threatened to withdraw from the primary if the party failed to address the problem.

“Based on the above, I wrote to notify the chairman of my protest and intention to withdraw from the 2017 gubernatorial primaries in Anambra if the party fails to address the issues presented.

“This is because the approach employed for the party primary is not aimed at winning election.

“The implication of this is to subject loyal party faithful to stressful and rancorous primary to weaken and sap the strength of candidate that will emerge from the exercise.

“It should be recalled that this has been the reason our party has been losing gubernatorial elections in Anambra,’’ she said.

Mr. Boss Mustapha, the Secretary to the Government of the Federation (SGF), has declared that more names will…
byTayo Aderinola
No comments 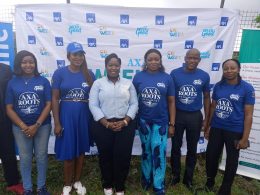 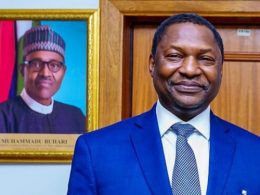 Road to 2023: I’ll not resign before handover date – Malami

The Attorney-General of the Federation and Minister of Justice, Abubakar Malami, SAN, said he will not prematurely resign from office as he intends to end his tenure gloriously by May 2023.
byTayo Aderinola
No comments