Justice Mojisola Olatoregun ordered he should be imprisoned  following his  perpetual refusal  to appear in court despite several summons.

” I have looked at the various affidavit placed before the court and have examined the papers filed from both sides.   The contemnor in particular continued to disobey the order of the court. Even if he did not have the notice between February, till date,  he was supposed to have been guided by his lawyer. He has not given reason to disobey the court order. He treated the court order with levity. I am left with no option than to convict him.

She further ordered that he should be in custody till September 25, 2018 when the case will continue.

The trial judge had on February 15, 2018 threatened to order the arrest of Mr Okhiria for his persistent refusal to appear before the court in the suit filed against him by the former employee of the Nigeria Railway Corporation, Mr Benedict O. Iheakam.

Iheakam  had approached the court through his counsel, Mr Johnson Esezobo (counsel to judgement creditor) asking for  an order committing to prison, the MD of the NRC,and the Company Secretary/Legal Adviser, Canise Oklahoma for alleged refusal to comply with a 14 year-old court order.

Justice Dan Abutu had in a suit FHC/L/CS/926/95 ordered Iheakam’s reinstatement and the payment of  his entitlements.

Obiorah Emedolibe, secretary to the Corporation averred that “Okhiria travelled out of the country to China on official duty since February. 7,2018 as part of Federal Government team on fund sourcing for the Railway modernisation projects.”

Justice Olatoregun therefore ordered Okhiria to show evidence of the journey at  the next adjourned date. But he never did.

Justice Abutu in a judgment delivered on February 18, 2003 declared that Iheakam, a Principal Technical Officer’s retirement in 1994, was  unlawful, null and void. 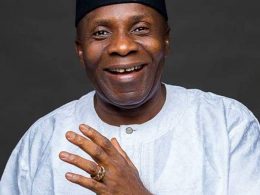 Dr John Akpan Udoedehe has resigned as trhe  Secretary of the All Progressives Congress Caretaker Committee a day after Governor Sani Bello assumed office as acting Chairman of the party.
byTayo Aderinola
No comments 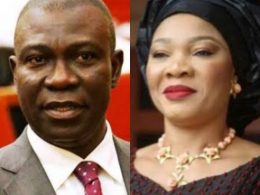 A magistrate’s court in London has denied bail to Senator Ike Ekweremadu and his wife Beatrice over charges they trafficked a 15-year-old Lagos boy with the intention to harvest his organ.
byTayo Aderinola
No comments 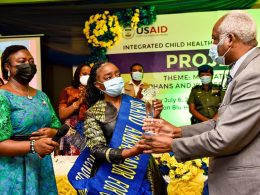 The USAID - US Agency for International Development on Tuesday launched a $13million project to mitigate the impact of HIV/AIDS on orphans and vulnerable children as well as their families in Lagos State.
byLateef Idris
No comments

We have concluded designs for return of tolls–Fashola

The Federal Government has concluded designs for  the return of toll plazas on Federal roads, Minister of Works…
byTayo Aderinola
No comments