Nigeria’s senior women basketball team, D’Tigress, on Sunday restored the nation’s lost glory in the Women Afrobasket having defeated defending champions, Senegal to clinch the title for the third time after 12 years.

NAN reports that the team recorded no loss in all their games to the final in the 2017 edition after they had won it last in 2005. They first won it in in 2003.

They had earlier in the semi-final defeated hosts, Mali 48-47 to set up the final against Senegal which they had earlier beaten 58-54 points on Thursday in the group stage of the tournament.

In the first quarter of the match, Senegal enjoyed the privilege of 18-12 points’ victory but Nigeria powered past with 21-10 points in the second quarter.

Senegal then struggled to reverse their loss in the third quarter only to suffer additional loss of 7-15 points to D’Tigress.

Evelyn Akhator, Dallas Wing forward, in the Women National Basketball Association (WNBA), has earned a reputation as top performer for the umpteenth time in the competition, scoring 13 points and seven rebounds for D’Tigress.

Akhator also made two assists and one steal even as she made no successful block during the final game.

However, Astou Traore, the top performer for Senegal, scored 17 points which was the highest score in the match, six rebounds, three assists, two steals and no block, all in vain to stop D’Tigress.

Nigeria’s return to glory in women basketball in the continent began on July 21 immediately Musa Kida-led NBBF was inaugurated by Solomon Dalung, Minister of Youths and Sports.

Kida had announced the opening of camp for D’Tigress in Florida U.S, and Lagos for the invited foreign and home-based players respectively.

It will be recalled that Kida said the players and officials’ welfare was prioritised by the management board of the NBBF to get the best of the team. (NAN) 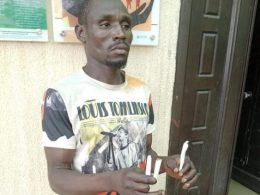 The National Drug Law Enforcement Agency (NDLEA) has arrested Suleiman Sidi, one of the wanted terror suspects, who escaped from the Medium Security Correctional Centre, Kuje, on July 5.
byLateef Idris
No comments

“Japan is investing in Nigeria to support our defence industry and our public health sector. “Businesses are looking…
byTayo Aderinola
No comments

WHO partners Lagos State to refresh Media Practitioners on COVID-19

The World Health Organisation (WHO) has partnered with the Lagos State Ministry of Health to organize a refresher workshop for media practitioners in the state on the latest development on the COVID-19 with the theme; Risk Communication and Community Engagement, held on Wednesday at the Lagos Chamber of Commerce and Industry (LCCI), Nurudeen Olowopopo Way, Alausa, Ikeja, Lagos.
byTayo Aderinola
No comments