The cities of New York in the United States and Toronto in Canada have been selected to host the next two editions of the Nollywood Travel Film Festival (NTFF).

The NTFF, which is Nigeria’s biggest and foremost travel film festival, hosts’ screenings of Nollywood films in cities around the world.

The festival will be hosted in Toronto for the second time from Oct. 9 to Oct. 13, at the University of Toronto, while the New York edition will take place from Oct. 17 to Oct. 20.

In an interview with NAN in Abuja on Wednesday, NTFF Founder Mykel Parish said “we are gearing up for the 2018 edition in these two lovely cities.

“There will be lots of interesting conversations on ways to improve the standard of Nollywood and expose its products to bigger audiences.

“NTFF is an initiative that seeks to promote films by Nigerians living all over the world to new and existing global audiences with the aim of creating new market places for Nigerian cinema.

“So much fun and excitement is coming to New York and Toronto and we are excited to share the Nollywood journey with the world,” Parish said.

He described the festival as a form of `film tourism’ designed to change the African narrative through film and fostering relationships with developed countries.

It will be recalled that in 2017, the festival held at Toronto during the annual Toronto International Film Festival (TIFF) from Sept. 12 to 16.

Meanwhile for this year’s edition, screenings held between April 25 and April 28 both in Atlanta and Georgia.

This was followed successively by the German edition hosted in Hamburg from May 9 to May13.

The next two editions would feature conversations around film making and its modern day challenges, alongside the screenings and award ceremonies. 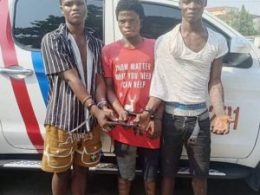 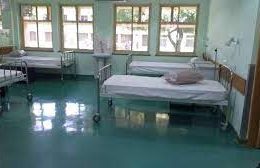 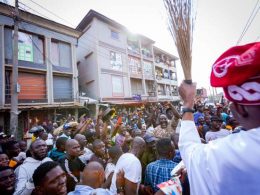 2023 Elections: I turned to God when I perceived gang-up against me – Bola Tinubu

Presidential candidate of the All Progressives Congress, APC, Asiwaju Bola Ahmed Tinubu, said he resorted to prayers when he knew there was a gang-up against his presidential bid.
byTayo Aderinola
No comments 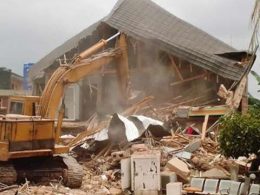 The Lagos State Building Control Agency (LASBCA) has again demonstrated the State Government’s commitment to zero tolerance for building collapse in all parts of the State with the demolition of a distressed and partially disintegrated building at 21, Ayoola Lawal Street, Ilaje Odo-Eran Bariga, Lagos.
byLateef Idris
No comments