The National Broadcasting Commission (NBC), has fined DAAR Communications (owner of AIT/Raypower) N500,000 for persistent violation of the provisions of the Nigeria Broadcasting Code.

NBC’s Head of Public Affair, Mrs Maimuna Jimada, via a statement issued on Saturday in Abuja, said comments made on Raypower’s programme ‘Political Platform’ was against the broadcasting code.

Jimada said that the organisation was sanctioned due to provocative, inflammatory and divisive comments by anchors of the Political Platform.

She said that the Commission on May 2, 2017, Aug. 15, 2017, and February 2018, held meetings with staff of DAAR Communications to caution them on the unprofessional manner of anchors of the programme.

She stated that the Commission had charged the team handling the programme to be fair, and balance their reportage.

According to her, during the Feb. 7 meeting, the Commission stressed the need to comply with the broadcasting code to avoid sanctions.

“The Political Platform episode on July 24, was marked by sensational and heated expression of opinion by its anchors, who went on to make unproven and inciting allegations.

“For the avoidance of doubt, the Director-General drew the attention of DAAR Communications to the following provisions of the Nigeria Broadcasting Code: (1) Section 1.9.3:

“A presenter/anchor shall not express his or her personal opinion in a programme.”

“Also Section 5.2.7: “A broadcaster shall, in using a political material for news, avoid taking inflammatory and divisive matter in its provocative form and Section 5.2.5 stated that political broadcasts shall be in decent language,’’ she said.

Jimada reiterated that broadcasting stations should ensure that anchors of their programmes were properly informed and trained on the ethics of the profession as well as the provisions of the broadcasting code. 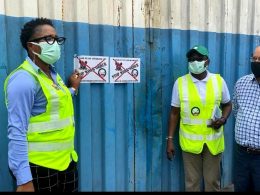 The Lagos State Government, through, the Environmental Protection Agency, LASEPA, has sealed with the issuance of “Stop-Work” order to two Steel and Iron manufacturing companies in Ikorodu, Sun flag and Top Steel companies over environmental law infraction and safety concerns.
byLateef Idris
No comments

The Lagos State Polytechnic Governing Council has sworn-in Dr. Oluremi Nurudeen Olaleye as the 11th Rector of the…
byTayo Aderinola
No comments 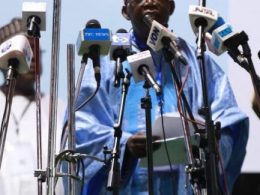 The Muslim Rights Concern (MURIC) has advised Tinubu to consult the ‘Noble Dozen’ over who should be his running mate for the 2023 presidential election.
byLateef Idris
No comments 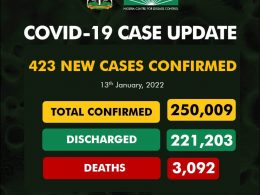