The National Broadcasting Commission (NBC) has issued a ‘Not To Be Broadcast’ (NTBB) warning against rapper Olamide’s hit song ‘Science Student.’

NBC proscribed the song from being broadcast on all radio and television stations.

The Head of Public Affairs, NBC, Hajia Maimuna Jimada confirmed NBC’s stand on the trending song, stating that the regulatory body did not ban the song but considered it unfit for broadcast.

She told Tribune “NBC does not ban music. Our mandate is on what goes on Radio and TV. Olamide’s Science Student has been declared ‘Unfit for broadcast.’

“The profligate mention and the subtle promotion of illegal drugs declared the song unlawful.

“We have communicated all our licensees for compliance or they will face sanctions.”

On the 8th of November 2020, 300 new confirmed cases were recorded in Nigeria Till date, 64090 cases…
byTayo Aderinola
No comments

As parts of measures to control the spread of Coronavirus, the Lagos State government is set to launch…
byTayo Aderinola
No comments 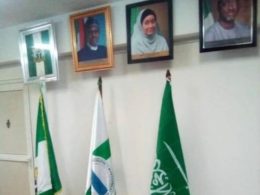 Why we hoisted Saudi Arabia’s flag at our headquarters – NEMA

The National Emergency Management Agency (NEMA), has debunked reports in social media which alleged that a strange flag was hoisted at its headquarters in Abuja.
byLateef Idris
No comments 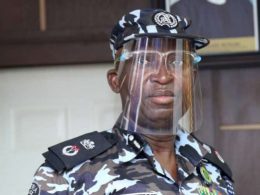 Despite Lagos State Commissioner of Police, Hakeem Odumosu’s appeal to Lagos residents to disregard any sit-at-home order by activists, marketers in Ogba axis of Lagos, shut their stores Saturday over fear of violent clashes between protesters and security agencies.
byLateef Idris
No comments