No fewer than 6,800 delegates are expected to vote for aspirants contesting for positions in the National Working Committee of the All Progressives Congress (APC) at its National Convention on Saturday.

The Chairman of the Media Subcommittee for the National Convention Planning Committee, Gov.Abiola Ajimobi, stated this on Thursday in Abuja.

Ajimobi, who spoke after the committee members inspected the Eagle Square, venue of the convention, added that the party was prepared to ensure a rancor free convention.

“We are very happy about all the preparations, everything is in place, you can see what we call a very professional arrangement for tomorrow,” he said.

He added that some aspirants may however drop from the race before the convention.

“Politics is about conflict and resolution, today we are meeting the aspirants to interview them, there will be a give and take so that it will be a smooth operation on Saturday,” he said.

Also speaking, former Governor of Zamfara, Sen. Ahmed Yarima, who is the Chairman of the Convention Subcommittee for Accreditation, said the committee had commenced the screening and accreditation of delegates from the 36 states and Federal Capital Territory.

He assured that delegates would be properly scrutinised before entering the convention venue.

“We are going to put numbering and security code so that as soon as you come to the gate you are properly identified, screened and then you enter.

“Even as they vote inside, you have another card that you present so you can be allowed to vote” he said.

The tenure of the Chief John Odigie-Oyegun-led APC national executive ends on June 25. 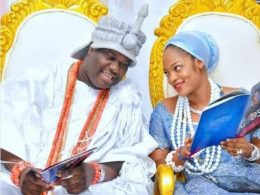 Queen Silekunola Naomi on Thursday said she was separating from the Ooni of Ife, Oba Adeyeye Enitan Ogunwusi.
byTayo Aderinola
No comments 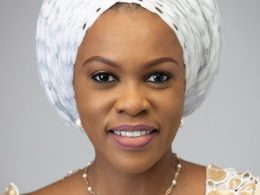 The Lagos State Government has harped on the need for pensioners and senior citizens of the State to embrace and participate fully in the digital world.
byLateef Idris
No comments

The Lagos State Universal Basic Education Board (LASUBEB) has begun a five-day training for food vendors, food handlers and other stakeholders ahead of the restart of the School Feeding Programme of the Federal Government.
byLateef Idris
No comments