The National Assembly(NASS) has given the Executive arm of government conditions that must be met to avert the invocation of the Constitutional Powers of the Parliament.

This was the outcome of an emergency executive joint session of both chambers of the National Legislature on Tuesday.

The lawmakers who met for over three hours in closed door, gave the executive certain conditions including,  addressing the current security situation in the country.

They frowned at the constant harassment of legislators and other political actors, especially those who seem to hold a contrary view from the executive or those who are critical of the executive arm.

The legislative arm called on the executive to show sincerity in the fight against corruption, adhere to the rule of law and refrain from the “intimidation of Nigerians”.

They insisted that they may be forced to invoke their constitutional powers if the conditions were not met.

Below is the detail of the conditions from the Joint Session of the National Assembly:

1.The Security Agencies must be given marching orders to contain all the sustained killings of Nigerians and protect the lives and properties of Nigerians — as this is the primary duty for any responsible government.

2.The systemic harassment by the executive of perceived political opponents — people with contrary opinions in the legislature and the judiciary — by the police and other security agencies must stop.

3.There must be strict adherence to the rule of law and protection for all citizens by the President and all his appointees.

4.The President must be held accountable for the actions of his appointees and must be ready to sanction, those that carry out any act, that will ridicule or endanger the country and our democracy.

5.The government should show sincerity in the fight against corruption by not being selective and also prosecute current appointees that have cases pending against them.

6.The sanctity of the National Assembly should be protected and preserved by the federal government… and prosecute those who invaded the Senate to seize the mace.

7.Democratic elections must be competitive and inclusive by removing the current reign of fear and intimidation — particularly as we approach the forthcoming 2019 elections. 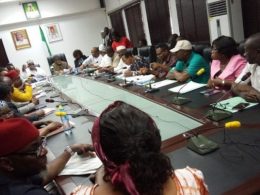 The Academic Staff Union of Universities (ASUU) has threatened to embark on an industrial action if the 13 months’ salaries of over 1,000 of its members across the country were not paid.
byLateef Idris
No comments

Why Obaseki and 2 others were disqualified – APC Screening Committee

The screening committee of the All Progressives Congress (APC) has disqualified Gov. Godwin Obaseki and two other aspirants,…
byTayo Aderinola
No comments 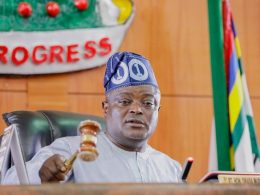 The Lagos State House of Assembly on Tuesday passed a motion seeking better protection of the female children.
byTayo Aderinola
No comments 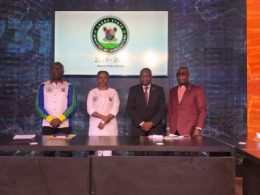 Lagos State Government says it has trained no fewer than 12,574 and empowered 19,207 youths and women in key agricultural value chains, such as fisheries, poultry, rice and horticulture in two years.
byLateef Idris
No comments