The National Association of Nigerian Students (NANS) says it is looking forward to the resolution of the standoff between the Academic Staff Union of Universities (ASUU) and the Federal Government.

NANS’s President, Chinonso Obasi, in a statement on Tuesday in Abuja, urged both parties to engage in constructive dialogue as they meet over the strike.

ASUU had on Aug. 14, embarked on an indefinite strike to demand the implementation of the 2009 agreement with the Federal Government on conditions of service, funding, university autonomy and academic freedom.

The students association had given the Federal Government a 21 days ultimatum to resolve the issues to enable students return to school or face a total shut of activities across nation.

“As the Federal Government plans to meet with ASUU on the ongoing indefinite strike, NANS is calling on the parties to engage in constructive engagement.

“`Such engagement will enable both parties to resolve the lingering issues that led to the declaration of the strike, save the education sector and the future of Nigerian students.

“Incessant and prolonged strike is one of factors responsible for the falling standard of education in Nigeria apart from the attendant untoward hardship to the students and their parents.

“Though ASUU had called for an emergency Senate meeting to deliberate on the strike and the way forward before the Federal Government’s call for a meeting with the union, NANS  will await the outcome of meeting to determine the next line of action,’’ he said.

He urged both parties to demonstrate a great sense of patriotism in resolving the issues and avert unfortunate developments associated with the idleness of young people. 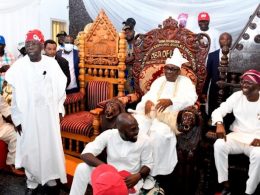 The All Progressives Congress National Leader and Presidential candidate, Asiwaju Bola Tinubu visited the Oba of Lagos, HRM Rilwan Akiolu on Father’s Day, on Sunday while he returned from Abuja after his victory at the APC Presidential Primary.
byTayo Aderinola
No comments 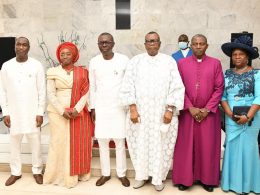 The General Evangelist, Worldwide of the Christ Apostolic Church (CAC), Prophet Samuel Kayode Abiara on Saturday told Nigerians, especially the people of Lagos State to shun those he described as prophets of doom.
byLateef Idris
1 share
1
0
0
No comments

An FCT High Court has suspended Mr. Adams Oshiomhole as the National Chairman of the All Progressives Congress…
byTayo Aderinola
No comments 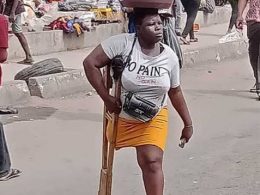 Following discrepancy discovered in the story of an amputee sachet water hawker, Mary Daniels, 26, who recently received donations from Nigerians due to her situation, Lagos State Governor, Mr Babajide Sanwo-Olu, has directed the relevant ministry to hand over the matter to the state Police Command for further investigation.
byLateef Idris
No comments