President Muhammadu Buhari on Wednesday in Abuja received members of the victorious D’Tigress, showering the players with N1 million each and the officials N500,000 each.

The President, after announcing the donation shortly before the commencement of the Federal Executive Council (FEC), urged the team to remain focused.

“You should work towards winning the forthcoming 2018 FIBA Women’s Basketball World Cup in Spain,’’ he said.

In his remarks, the Minister of Sports, Solomon Dalung, attributed the achievement of the D’Tigress in Mali to the “silent reforms’’ embarked upon by his ministry.

He said his ministry was determined to restore the old glory of sports in the country.

President Buhari had on Monday, in a statement, congratulated the senior national women basketball team for winning the 2017 FIBA Women’s AfroBasket in Mali.

The team had, with the victory, also qualified for the 2018 FIBA Women’s Basketball World Cup in Spain.

The President commended the players for displaying “uncommon strength and confidence’’.

He had urged members of the team and their handlers to remain focused and dedicated even as they prepared for greater glory to Nigeria at the forthcoming FIBA World Cup.

The D’Tigress had beaten Senegal 65-48 points in the final to win the competition.

The team had recorded no loss in all their games before reaching the final.

The last time Nigeria won the competition was in 2005, after their first win in 2003.

Tax payment remains the hardest civic responsibility for most citizens making tax collection challenging for agencies. At this…
byTayo Aderinola
No comments 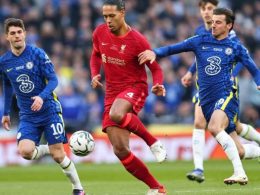 Chelsea captain, Cesar Azpilicueta has vowed that the Blues will not lose the FA Cup final the way they did in the Carabao Cup in February.
byTayo Aderinola
No comments

Why we’re number one in Service Charter – Isolo General Hospital

Making staff part of decision-making process, teamwork and appreciation are some of the motivational indices that have kept…
byTayo Aderinola
No comments 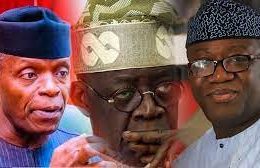 Leaders of the All Progressives Congress in the South-West, on Friday, cautioned presidential aspirants from the zone to guard against their utterances.
byLateef Idris
No comments