After Nigeria struggled to create clear-cut chances in the first half. Ahmed Musa’s brace has secured the Super Eagles of Nigeria a 2-0 victory over Iceland as the Eagles move closer to qualifying for the knockout stage of the 2018 FIFA World Cup in Russia.

The Icelandic team lost the battle in the second half. Their energy levels were lower than those of the Nigerians and they lost too many individual battles everywhere on the pitch. One-on-one situations were indeed the moments where the Nigerian players were at their best.

After a barren first half,  Musa scored the first goal for Nigeria in the 49th minute of the game.
Nigeria clear a long Iceland throw from their area and work it to Victor Moses down the right.

The Chelsea wing-back surges clear and swings in a cross to Ahmed Musa.

The former Leicester striker still has plenty to do, taking a deft touch with the outside of his boot before ripping in a half-volley high past Hannes Halldorsson.

Musa was at work again in the 75th minute smashing in a second goal to seal the encounter.
Musa blitzes down the left channel, taking a long pass perfectly in his stride before gliding easily past Kari Arnason into the area.

The Leicester striker checks back and then rounds Hannes Halldorsson before calmly slotting high into the net, past the covering defenders on the line.

After Ahmed Musa’s two goals the young Super Eagles gained a lot of confidence in their attacking efforts though. This will no doubt give them a huge boost ahead of the huge final Group D clash against Argentina on Tuesday. Nigeria have it in their own hands now to advance to the Round of 16. That’s all they could have asked for. 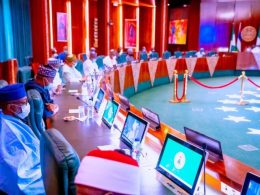 Governors elected on the platform of All Progressives Congress (APC), met with President Muhammadu Buhari earlier on Tuesday, ahead of the meeting of the National Executive Committee of the party slated for Wednesday in Abuja.
byLateef Idris
No comments 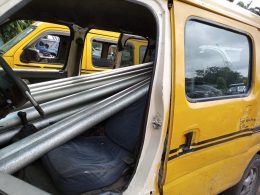 The preacher who went viral in the 'Lori Iro' video has joined Twitter and Instagram, popular social media platforms.
byLateef Idris
No comments 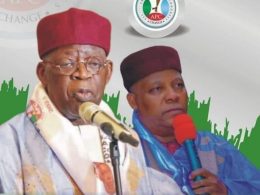 2023 Presidential Election: Tinubu’s choice of Shettima as running mate is the wisest – Zulum