After pleading guilty to stealing phones valued at N110,000, a 21-year-old bus conductor, Seun Ayinde, was on Friday remanded in Kirikiri Prisons.

An Ikeja Magistrates’ Court, which gave the ruling, said the man should remain behind bars pending sentence on June 4.

Ayinde, a resident of Ketu, Lagos, had pleaded guilty to a two-count charge of conspiracy and stealing before Magistrate Mrs A.K Dosunmu.

The accused committed the offences on May 12 at Ojodu-Berger, Lagos, the Police prosecutor, Sgt. Dada Wasiu, told the court.

He said that the accused conspired with two other persons still at large to steal two phones belonging to Mr Onyekachi Ukabi.

The prosecutor said that the complainant was inside his car when the accused approached him and started asking him irrelevant questions.

“The accused distracted the complainant by asking him for direction; before he knew what was happening, one of the accused took his phones which he put on the handbrakes.

“The accused took to their heels, but the complainant abandoned his car and ran after them.

“He was able to apprehend the accused, and others escaped with the phones.

“The complainant handed over the accused to the police,” the prosecutor said.

The offences contravene Sections 287 and 411 of the Criminal Law of Lagos State, 2015(Revised).

Following a protracted strike embarked upon by over 19, 000 doctors under the auspices of National Association of Resident Doctors, NARD, with no solution in sight to call off the strike, Civil Society Organisations, CSOs, Sunday, condemned poor doctors’ welfare, harsh working conditions, and others.
byTayo Aderinola
No comments 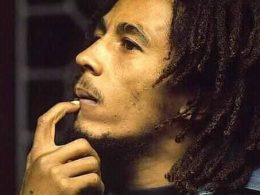 It is 40 years since legendary reggae singer Bob Marley died of cancer in Miami, aged 36, on 11 May 1981.
byTayo Aderinola
No comments 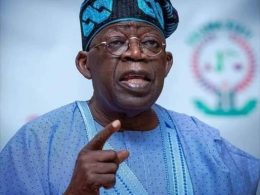 I don’t dabble into various political duels going on on this platform as everyone is entitled to his or her own opinion. But we must learn to seperate political hatred or propangada from facts.
byLateef Idris
No comments