A 27-year-old man, Segun Tanimola, who allegedly abducted an 18-month-old baby, was on Monday brought before an Ebute Meta Chief Magistrates’ Court.

Tanimola, who gave no fixed address during trial, faces a charge of child-stealing.

He, however, pleaded not guilty.

The prosecutor, Insp. Chinalu Uwadione, told the court that the offence was committed on April 20, at Apata Street, Ita Baale in Shomolu near Lagos.

He said that the accused had abducted the 18-month-old daughter of Mrs Basirat Junaid, who lodged a complaint at the police station.

The accused was allegedly to have whisked her to an unknown destination before he was apprehended.

The prosecutor said that the offence contravened Section 277 of the Criminal Law of Lagos State, 2015.

The chief magistrate, Mrs A. Ipaye-Nwachukwu, denied bail to the accused and said that he should approach the high court to procure his bail.

She adjourned the case until June 20 for mention. 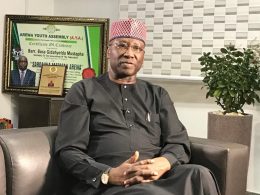 Criticism has trailed a “puerile, mischievous and grossly inappropriate” story suggesting Secretary to the Government of the Federation (SGF), Mr. Boss Mustapha, is “working for the Peoples Democratic Party (PDP) candidate, Alhaji Atiku Abubakar, rather than the candidate of his ruling party, the All Progressive Congress (APC), Asiwaju Bola Ahmed Tinubu.”
byTayo Aderinola
No comments 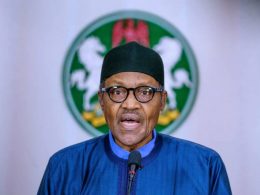 President Muhammadu Buhari will address the nation via a live broadcast at 7:00 am on Sunday.
byLateef Idris
No comments