A new movie, “Little Drops of Happy’’, to raise awareness about postpartum depression, depression and other mental health issues in our society has been released in Lagos.

Pinnacle Medical Services ltd. and Derwin Productions, producers of the movies said that it will raise awareness and encourage people to seek early help in order to prevent suicide and consequences of depression.

Dr Maymunah Kadiri, who spoke at its Premiere on Thursday, said that depression was generally neglected condition, which could lead to serious outcomes if not managed early.

Kadiri, a consultant Neuro psychiatrist and a mental health advocate, said, “ there is need for people to know that mental illnesses are real just like hypertension and diabetes.

“People with mental illness or challenges should be shown love and empathy, they need to be given support, just like we give people those that have cancer; depression is treatable.

Kadiri, who owns Pinnacle Medical Services ltd. and co-producer of the movie, said that “it is of our advocacy films at creating the much needed awareness on mental health and mental illnesses.

“The plot covers mainly issues of depression, especially postpartum depression, which is common among women.

“We advise that if one is at risk of depression or vulnerable, instead of getting to the state of managing it, you should speak out or seek help as a preventive measure; we must change the narrative,’’ she said.

According to her, symptoms may include depressed mood or severe mood swings, excessive crying, difficulty bonding with baby and withdrawal from family and friends.

The psychiatrist said that depression was not a spiritual attack, but a medical condition and urged people to stop being in denial because it would not help in good treatment outcomes.

In the same vein, Ngozi Nwosu, one of the cast said, “ I believe that people should begin to learn how to speak out their challenges and minds because a problem shared is a problem solved.

“ If you are able to tell someone that for example, I have this recurrent headache, someone may provide a solution quickly, rather than bottling it up,’’ Nwosu said.

Grace Edwin- Okon, the Director and Producer of the movie said, “Some Nigerians believe that depression and suicide are problems of the white people.

“However, recently cases in the country have shown us that anyone can be affected.

“More so, due to challenges like change in economic situations, unemployment, high cost of living, security challenges, unstable power supply, lack of basic amenities and others, people are likely to have more tendencies of depression.

“The movie tells the story of Mano Ojo who had to deal with the infidelity and domestic violence of her ‘actor’ husband; this led to series of challenges she had to confront and overcome.

“Her plight becomes too overwhelming to the extent she loses her poise; she is misunderstood and termed mentally deranged.

“Nevertheless, in the midst of her chaotic and traumatic life of dealing with depression and postpartum depression, Mano wants to save, not just herself but her estranged husband from his promiscuous stance.

“The movie sends a strong message but in an entertaining way,’’ she said.

“Little Drops of Happy” will be released in cinemas nationwide from Nov. 24. 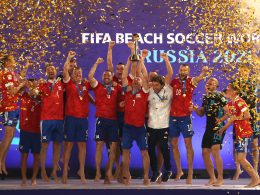 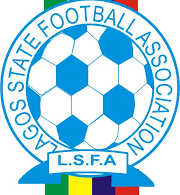 The Director-General, Lagos State Sports Commission (LSSC), Mr. Oluwatoyin Gafaar, has reiterated the determination of the State Government to develop sports at the grassroots.
byTayo Aderinola
No comments 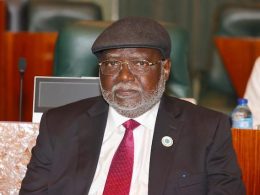 The Senate has received a formal request from President Muhammadu Buhari, to confirm the nomination of Hon. Justice Olukayode Ariwoola as the Chief Justice of Nigeria.
byTayo Aderinola
No comments 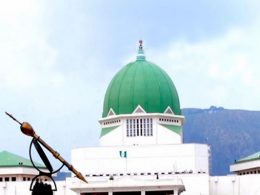