The Permanent Secretary, Local Government Service Commission, Mrs. Omobolanle Ogunmola said that out of 3266 eligible officers in the 57 LG/LCDAs, 3045 were successful in the 2017 Staff Performance Evaluation (Promotion) Exercise.

Ogunmola urged the newly promoted Staff to alive to their responsibilities and justify their new positions by remaining committed to delivering the dividends of democracy to people in the State.

She said that the Government would continue to recognize Officers who have distinguished themselves in the course of performing their duties, adding that the result of hard work is more work.

The Permanent Secretary maintained that the Commission would not relent in ensuring that the necessary working tools, good work environment and improved welfare packages required for improved productivity and service delivery are provided for the Staff in LG/LCDAs. 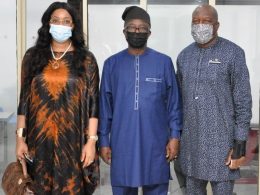 In recognition of a job well done in terms of adequate reportage and prompt traffic updates, the Lagos State House of Assembly Committee on Information and Strategy, has commended the Lagos Traffic Radio 96.1 FM for helping Lagos State residents navigate the metropolis with ease.
byLateef Idris
No comments

Video of Buhari running in Saudi Arabia breaks the net 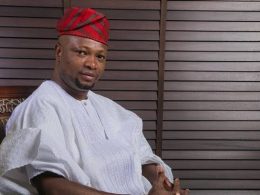 Two governorship candidates in Lagos state have denied their purported endorsement and withdrawal from the 2023 governorship race for Olajide Adeniran, the candidate of the Peoples’ Democratic Party.
byTayo Aderinola
No comments 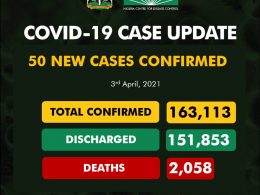 On the 3rd of April 2021, 50 new confirmed cases were recorded in Nigeria.
byLateef Idris
No comments