The suspects – Samson Audu, 32; Philip Amodu, 25; Safiu Amisu, 29; and Ismaila Aburata, 27 – allegedly stole a truck in Lagos and brought it to Niger State where they planned to dispose of it.

According to the police, the driver of the truck, Umar Haruna, intended to sell the stolen truck for N3m.

One of the suspects, Audu, told our correspondent on Tuesday that the truck driver, who was still at large, masterminded the theft.

Audu said, “Haruna convinced us to look for someone who will buy the truck for N3m so that we can share the money, but we found ourselves in the police net.

“Haruna will be in a better position to explain where he got the truck; our part was to look for a buyer and take our own commission. We have been in this business for some time – this is not the first time people would be bringing vehicles to us to get a buyer.”

The Command’s Public Relations Officer, Muhammad Abubakar, explained that the suspects confessed to conspiring with Haruna to perpetrate the act.

Abubakar said police operatives had recovered the truck, adding that efforts were in progress to arrest Haruna and charge the suspects to court.

Lagos rolls out LAKE Rice for Xmas, jacks up price

The Lagos State Government on Tuesday began the sales of its popular brand of rice, LAKE Rice, in…
byTayo Aderinola
No comments 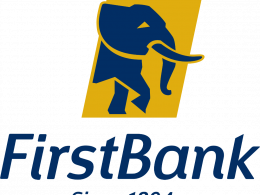 This is to inform the public that our South East branches are fully open for business. Please disregard any news making the rounds that is contrary to this.
byLateef Idris
No comments

The Lagos State Police Command has restored normalcy to the Ikosi/Ketu area of Lagos State after a clash that occurred today Wednesday 17th March, 2021 at 6am amongst some suspected cult groups, Eye, Aiye and Buccaneer, as fifteen (15) suspects were arrested. Two (2) locally made pistols, some live cartridges, assorted charms etc were recovered from the suspects.
byLateef Idris
1 share
1
0
0
No comments

On Thursday 19th July, over 700 All Progressives Congress Ikeja members, leaders and faithful gathered at the Oluwaleyimu…
byTayo Aderinola
No comments