The Lagos State Building Control Agency (LABSCA), has embarked on public sensitisation campaign to inform the residents that all buildings in the state must have valid building approval plan.

Mr Olalekan Shodehinde, the General Manager, LASBCA, made this known in Lagos during the sensitisation exercise through the Lagos metropolis of Yaba, Tejuosho and Oyingbo area of the state.

He said almost all the structures within the area which were initially for residential purposes had been converted to commercial purposes without requisite approval plan or due regularisation with the agency.

According to him, a total of 145 converted buildings were identified and served planning permit and post construction notices.

He noted that 14 days ultimatum has been given to the owners of the affected buildings to visit the LABSCA and Lagos State Physical Planning Permit Authority (LASPPPA) district offices to do the necessary regularisation.

“Virtually all the buildings within this axis are initially for residential purposes but now has been converted to commercial purposes without approval of the agency.

“Many of structures do not have approval plan even at the inception of the buildings before the convertion which implies they are illegal buildings from the beginning.

“Regularising the buildings on or before the 14 days grace will attract no penalty. But at expiration of the duration, LABSCA will come to completely enforce for compliance” Shodehinde said.

He, therefore, urged every owner/developer within the area whose property was not covered by a planning permit to regularize the property with the agency.

According to him, the regularisation and validation of buildings were necessary because infrastructural facilities has been overstressed which had led to excessive influx of people and traffic gridlock within the axis.

He added that the exercise was being carried out to curb the incidence of building collapse in the state, saying that government would not fold its arms and allow loss of lives and destruction of property

Osifuye said that many of tenants received the notice letter with excitement promising to deliver the information to the landlords of the buildings.

“The essence is to match-up with necessary infrastructural developments to achieve a sustainable and well-planned environment,” he said. 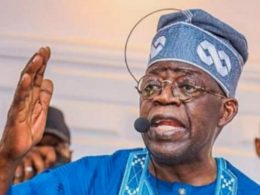 Chieftain of the All Progressives Congress, Asiwaju Bola Tinubu, has charged Nigerians to work in harmony to produce a better country for themselves and future generations.
byTayo Aderinola
No comments The Court of Appeal, Abuja Division has set free, the leader of the Indeginous People of Biafra (IPOB), Nnamdi Kanu of the treasonable felony charges preferred against him by the Federal Government.
byTayo Aderinola
No comments 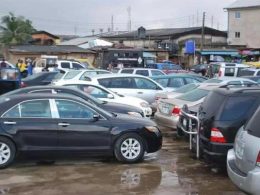 A legal practitioner, Mr Iwowo Anthony has dragged the Oshodi/Isolo Local Government Area of Lagos State before an Ikeja High Court for impounding one of his cars over an alleged traffic offence by his mechanic.
byLateef Idris
No comments