Lagos State Government has restated its commitment to boost food security in the State just as it said that various agricultural initiative programmes aimed at making the State a food secured place have been developed through profitable investments in the agricultural value chains.

The State Commissioner for Agriculture, Mr. Oluwatoyin Suarau who disclosed this on Tuesday at a press briefing signaling the commencement of activities to commemorate the year 2017 World Food Day Celebration noted that the theme of the celebration ‘Change the Future of Migration: Investment in Food Security and Rural Development’ brings to fore the various challenges countries are facing in terms of migration and food security.

“I wish to emphasis that the Lagos State government through the Ministry of Agriculture has developed agricultural initiatives aimed at addressing these challenges, the recent breakthrough in rice-agribusiness readily comes to mind, considering the collaboration between Lagos and Kebbi States on large production, processing and distribution of the LAKE Rice product”, he said.

Suarau noted that a 32 metric tonne per hour rice milling plant which will become operational next year has been acquired by the State government to ensure that Lagos meets up with the demand of its LAKE Rice product.

He added that Lagos is also collaborating with Ogun, Oyo, Osun, Ekiti, and Ondo States in the area of rice production so as to ensure that adequate rice is supplied to the 32 metric tonnes per hour rice mill.

The Commissioner stated that vigorous market sensitization on the use of re-useable plastic crates in place of raffia basket for packaging and carriage of perishable farm produce is ongoing stressing that the use of the plastic crates will take effect from next year.

Suarau noted that the establishment of Agricultural Estate Initiative, promotion of vegetable production using greenhouse technology, cage and pen culture in fisheries production, strengthening of farm settlement initiative, empowerment of farmers are some of the initiatives aimed to further improve agricultural development and sustainable food security in Lagos.

Speaking in the same vein, the Special Adviser to the Governor on Food Security, Mr. Ganiyu Sanni Okanlwon averred that the State Government especially since inception of the the present administration has embarked on agricultural policies and programmes that will enhance food security in the state.

He noted that the State government has made a lot of deliberate efforts to enhance agriculture in the state with the introduction of programmes in vegetable, poultry, cassava and fishery farming and various forms of agro- processing programmes to the youths.

While calling on stakeholders and investors especially those in the private sector to join hands with the State Government to boost food security, Okanlawon reiterated that the Lagos State government remains committed to ensuring that the state remains a food secured place.

He added government is ready to overcome all challenges threatening the availability of food in the state stressing that food production is a strategy government is using to tackle the issue of unemployment and encourage youth empowerment. 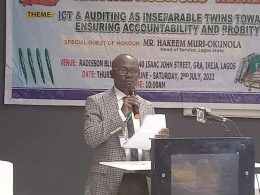 The Lagos Head of Service, Mr. Hakeem Muri-Okunola, has charged Auditors in the State's public service to embrace the use of information technology in their quest for continuous growth in the profession.
byLateef Idris
No comments 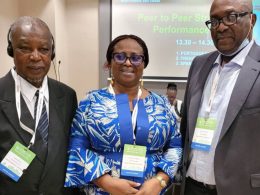 The Lagos State Water Regulatory Commission (LASWARCO) has been invited to represent Nigeria at the 7th International Water Regulators Forum (IWRF) slated to hold in Copenhagen, Denmark from September 14 to 15, 2022.
byLateef Idris
No comments 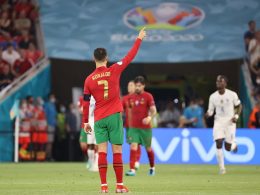 Cristiano Ronaldo scored two penalties to equal the all-time international goalscoring record and help holders Portugal edge into the last 16 of Euro 2020 with a 2-2 draw against France in Budapest on Wednesday.
byTayo Aderinola
No comments

Nigeria will give everything against Sierra Leone – Victor Osimhen

The Italy based and Super Eagles of Nigeria forward, Victor Osimhen has set his sights on victory over…
byTayo Aderinola
1 share
1
0
0
No comments