The National Drug Law Enforcement Agency (NDLEA), Lagos State Command says it is prosecuting 108 suspects for various drug offences, and has so far secured 83 convictions between January and July.

The State Commander, Alhaji Sule Aliyu said this while briefing newsmen in Lagos on Tuesday.

He said that restricted drugs worth millions of naira were also seized by the command.

“The drugs seized include Tramadol, Cocaine, Exol, Raphynol and Heroine and Cannabis Sativa popularly called “igbo’’ which amounted to 1956.3 kg.

“108 suspects are responsible for the above seizures, and they comprise 106 males and two females, and they have been accordingly charged to court,’’ he said

He said that during the period under review, 58 drug dependent persons were picked at the scene of operation, and after ascertaining that they were drug users, they were counseled and reintegrated into the society.

Aliyu said that the prosecution unit of the Command during the p;eriod under review, successfully prosecuted and convicted 83 drug offenders at the Federal High Court Lagos with various jail terms.

He attributed the success of the command to commitment and hard work by officers of the command who were dedicated and ready to give their very best to fighting drug abuse and illicit trafficking in the state.

Aliyu also urged members of the public to assist the agency in ensuring that drug trafficking was nipped in the bud.

“The public is, however, not left out from the achievement recorded, but more is expected from them in providing credible information to help NDLEA in performing its duty.

According to him, this is because the general public is most affected by drug trafficking.

He thanked the Lagos State Government for its support in the fight against drug abuse and solicited for more support and collaboration to end drug peddling in the state.

The News Agency of Nigeria (NAN) reports that the briefing was attended by Assistant State Commanders, Mrs Rosana Nnodim, and Mr Ojo Ogbechema.

The culture and tourism sector, which was comatose for many years, got a major financial boost between 2013…
byTayo Aderinola
No comments

The last has not yet been heard of Chinwe Udeze Patricia, the lady who alleged that she was…
byTayo Aderinola
1 share
1
0
0
No comments 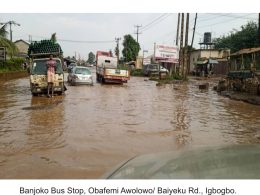 No defector will get re-elected in 2019 -APC lawmaker