The enforcement unit of the Lagos Central Business Districts, CBD, Management office over the weekend arrested ten miscreants popularly refers to as “Area Boys” and demolished their operational base around the outer Marina, Lagos.

The enforcement operation which is a continuous exercise is to rid the Island of street urchins based on different complaints by motorist in the area.

The team also demolition shanties built under the pedestrian bridge close to Leventis bustop, Marina which the hoodlums used as the operational base where they launched attack on unsuspecting motorists usually at night.

The Special Adviser to the Governor on Central Business Districts, Prince Olarenwaju Anofiu Elegushi speaking on the arrest and dislodgment of the miscreants said those arrested were mostly those that were earlier dislodged from the disused CBD Toilet in Marina sometimes ago but now regrouped under the pedestrian bridge, around Leventis bustop.

“These street urchins smoking marijuana openly around the bustop normally attacks motorist that have issues with their vehicles, especially at night using the cover of darkness to perpetrate their evil acts. We received different complaints from motorists and pedestrians using the axis and we immediately swung into action to arrest them and demolish their hideout.

“Lagos Central Business Districts Management office will not relent in its efforts to ensure that the Lagos Island Business Districts is safe to transact business at all time; we will continue this enforcement exercise to clean up the entire business district to acceptable international standard,” he said. 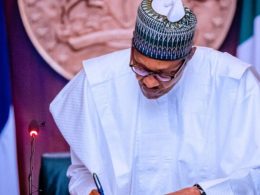 I am looking forward to becoming a former president – Buhari

President Muhammadu Buhari on Thursday said he is eagerly looking forward to becoming a former president of Nigeria.
byTayo Aderinola
No comments 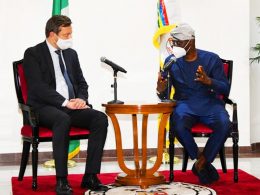 Lagos will continue to partner with eu on investments, says Sanwo-Olu

Lagos State Governor, Mr. Babajide Sanwo-Olu on Friday said the State Government will continue to partner with the European Union on business opportunities, investments and other developmental issues.
byLateef Idris
No comments 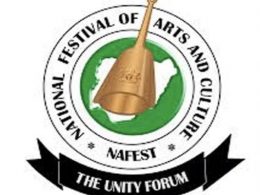 Lagos state to host 35th edition of NAFEST in 2022

The 35th edition of the National Festival of Arts and Culture (NAFEST) will be held in Lagos State in 2022.
byTayo Aderinola
No comments 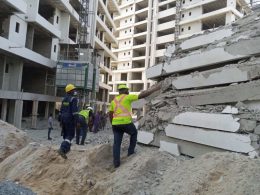