Governors from Nigeria’s northern region have invited their counterparts from the South-east to visit their states to interact with Igbo communities as a means of promoting peace and communal harmony among various groups in the country.

The chairman of Northern Governors Forum and Governor of Borno State, Kashim Shettima, said this after he led a delegation of five governors on a visit to Rivers, Abia and Imo states to promote peace.

“The visit will afford them the opportunity to assess first hand, efforts made by their colleagues in the North to prevent escalation of the recent crisis in Abia.

“It will also reaffirm the need for all Nigerians to feel safe in all parts of the country, irrespective of their ethnic or religious inclination,” Mr. Shettima said.

During the visits to Port Harcourt, Umuahia and Owerri, the Borno governor commended the host governors for the resolute manner they handled the IPOB crisis.

“We want to thank you for the leadership you have shown in difficult times. As leaders, we all have  critical roles to play in enhancing peace and unity of this nation.

“We have visited all these states to show solidarity and to encourage you our brothers. You rose to the occasion when faced with difficulties. You actions, collectively and individually, have given hope that Nigeria will rise above any challenge to its unity.

“We all owe it a duty to the black race to make Nigeria work,” he said.

Addressing members of the Northern community in Abia, Mr. Shettima urged them to continue to be law-abiding and respect the norms and traditions of their host communities.

He added that adequate arrangements had been made by the government and security agencies for their safety.

In their various remarks, Governors Nyesom Wike of Rivers, Okezie Ikpeazu of Abia and Rochas Okorocha of Imo commended the northern governors for the visit.

They urged the federal government to promote unity by ensuring all parts of the country have a sense of belonging.

They said when issues of security are on the table, political and other interests should take the back seat.

They all commended the Northern Governors for ensuring that the crisis did not spill over to other parts of the country, saying their visit would go a long way to reassure citizens that their leaders have not abandoned them.

“Your visit here has increased my faith in the unity of Nigeria. By coming here, it has shown that the string that bind us is still holding firm,” Governor Ikpeazu said.

The Northern Governors in Mr. Shettima’s delegation were Aminu Masari of Katsina, Aminu Tambuwal of Sokoto, Atiku Bagudu of Kebbi and Simon Lalong of Plateau. 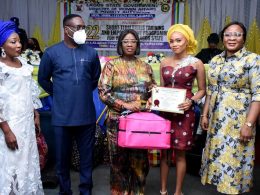 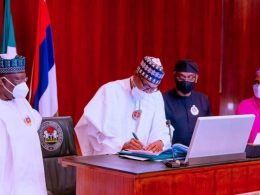 President Muhammadu Buhari on Friday in Abuja signed the 2022 Appropriation Bill and the 2021 Finance Bill into law.
byLateef Idris
No comments