The Nigerian Stock Exchange (NSE) has given the management of Ikeja Hotels the approval to resume trading after reviewing the two-year suspension placed on the shares of the company on Nov. 10, 2016.

According to a ‘facts behind the restructuring’ document released by Ms Tinuade Awe, NSE Executive Director Regulation, trading would commence on the shares of the company on May 21.

The News Agency of Nigeria (NAN) reports that the exchange, on Nov. 10, 2016, suspended trading on the shares of Ikeja Hotels due to a dispute among the major shareholders.

According to the NSE, the suspension, which is pursuant to the Provisions of Rule 15.45 of its Rulebook, is to safeguard shareholders of the company as the dispute has negatively impacted the company’s governance structure.

Ikeja Hotels Plc, which owns Lagos Sheraton Hotel, was embroiled in a crisis that led to removal of its chairman, Mr Goodie Ibru early 2015 at an Extra-Ordinary General Meeting (EGM) by some shareholders.

Awe, however, said the new board had complied with the necessary regulatory requirements and had restored the company to the path of recovery.

Awe said the exchange was satisfied with the work done by the company so far.

“We are satisfied with the work the Ikeja Hotels have done till date this is an appropriate time to lift the suspension on the trading of the shares of the company.

“The expectation on the direction of the Quotations committee of council is that the trading on the shares will be lifted on Monday.

“The company had its AGM to clear the backlog of certain AGMs. It was this consideration that led the Quotation committee of NSE to decide that it is an appropriate time to lift the suspension,” she said.

Idigbe assured stakeholders that adherence to sound corporate governance which was the hallmark of every well established hospitality business would be followed strictly.

He said that the management would intensify efforts to sustain investors’ confidence and return the company to its leadership position in the industry.

Idigbe said the company would put in place a solid structure that would ensure that every issue concerning succession planning was tackled.

He said the management had been able to settle all the conflicts with the old management, while ensuring that both the management and shareholders operate in the same direction.

“Looking at the business so far, it has been encouraging and profitable. The issue has been management issue and sufficient steps have been put in place to guide against any missteps again in future,” Idigbe said. 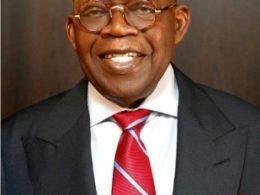 A case challenging the candidacy of Asiwaju Bola Ahmed Tinubu as the presidential candidate of the All Progressives Congress (APC) has been dismissed by the Federal High Court sitting in Abuja.
byTayo Aderinola
No comments 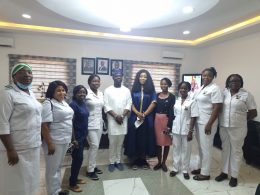 The Lagos State Environmental and Special Offences Enforcement Unit (Taskforce) and the Lagos State Ministry of Transportation have warned dredgers, truck drivers and others at Ado Odo, Badore, Ajah to desist from constituting traffic impediments for other roads users around the axis.
byLateef Idris
No comments