`I stabbed my brother in-law to save my sister’s life,’

A 34-year-old woman, Chioma Ihu, who was arrested for stabbing her sister’s husband severally, said she committed the act to save the life of her sister.

Ihu was arrested on Saturday for attempted murder of Victor Nwobike at her sister’s Lekki Phase 4 Garden, Lagos residence.

The suspect, a make-up artist, told NAN at State Criminal Intelligence Investigation Department (SCIID), Panti, Yaba, that she had lived with her sister for six weeks before the incident.

“I came from Port-Harcourt to stay with my sister in Lagos because she was having problem with her husband.

“Usually, I shared same room with my sister but on this particular day, I slept off in the sitting room because I got home late the previous night.

“Early in the morning, at about some minutes past 5 a.m., when I started hearing noise from my sister’s room, I thought it was the usual husband and wife argument.

“But when their daughter started saying “daddy, don’t kill my mummy,” then I rushed inside and I saw him using a device with electric current on my sister.

“I tried to stop him but he used the device on me, pushed me away, saying that he will kill us both and he started kicking my sister while she was on the floor.

“When I noticed he was concentrating on my sister, I quickly picked a bottle of wine and hit him with it. I don’t know how I stabbed him, I didn’t intend to cause him so much harm,” she said.

Ihu’s sister, Stella Nwobike, who was assisting operatives with investigation at Panti, also accused her husband of domestic violence.

The 44-year-old mother of five told NAN she had been married for 13 years.

“My husband is physically and emotionally abusive. Our major problem since we married was on financial mismanagement. He spent money assigned for project without being able to account for it.

“He was into sales of property before we got married, but his business has not been doing well. I showed concern over this and asked him to do a course in ICT which I paid for but he stopped halfway.

“Other issues we had was when we lost a child and my husband was mocking me for taking her to my church for prayer after she was diagnosed of blood cancer.

“There was also a time I traveled out of the country for three weeks and on my return, my husband told me he was not on speaking terms with my mother who stayed with us then.

“He didn’t tell me the reason until I learnt that he was beating our daughter with a belt and also hit my mother with belt during which her hands got swollen.

“The last misunderstanding we had before this incident occurred when I got him a loan of N5 million.

“He said he wants to start building materials business.

“The condition I gave him was that he would pay the kids’ school fees as my salary was being deducted monthly but he refused to pay because of an argument we had.

“On Saturday, July 28, at 5a.m, I was on my bed in a room I shared with my daughters, listening to a gospel message when I suddenly saw the door open.

“I was shocked when I saw him because we had separated rooms for a long time. Before I could say anything, he slapped me and started using an electric device on me.

“While he was beating me, I heard my daughter shouting “daddy don’t kill my mummy,” that was the last thing I could remember.

“By the time I regained consciousness, he had been taken to Budo Specialists Hospital at Ajah and I have called him but he kept saying the law will take its course,” she said.

Obike added that she had filed for divorce before the incident happened.

“I started giving up on him when his father told me that he hoped his son will not kill me and take my property one day.

“I also reported him at the domestic violence office but he had being frustrating the whole process,” she added. 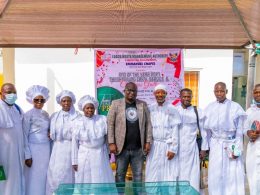 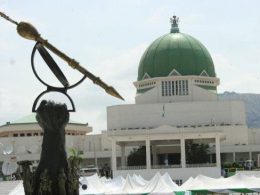 As insecurity continues to take a toll on the country and subjecting many to kidnapping and killing, the Southern Senators Forum (SSF), has commended Governors from the region for outrightly taking a firm position on burning national issues, including banning open grazing of cattle.
byTayo Aderinola
No comments