There was commotion in the House of Representatives, on Wednesday, during the debate on the Executive Order 006 of 2018 recently signed  by President Muhammadu Buhari.

The News Agency of Nigeria (NAN) reports that President Buhari had on July 5 signed the order seeking to restrain owners of assets being investigated from any further transaction on them.

The President said he had chosen to sign the order because of the necessity to stop owners of such assets from further using their proceeds to pervert the cause of Justice.

According to him, the order will serve as a platform for counter-attack.

He said: “It has thus become necessary to re-kit and re-tool our arsenal to be able to effectively tackle corruption’s perilous counter-attack against the Nigerian State.

”Accordingly, the Federal Government of Nigeria has declared a national emergency to deal with that crisis.

”In this regard, the Federal Government of Nigeria in line with its anti-corruption strategy seeks to ensure that the ends of justice is not defeated or compromised by persons involved in a case or complaint of corruption.”

However, moving a motion under matters of urgent public importance at plenary in Abuja, Rep Ossai Ossai (Delta-PDP) said that the executive order was a clear usurpation of legislative and judicial powers.

Some of the legislators in support of the motion at the floor included Reps Samson Okwu, Daniel Asuquo, Abubakar Nuhu, Rimande Shawulu, Nnenna Elendu-Ukeje, among others, while Reps Mojeed Alabi, Sadiq Ibrahim, Mohammed Munguno opposed the motion.

Speaking, Ossai said there was an urgent need to investigate the constitutional compliance of all subsidiary legislation and executive orders by the president.

”The House notes the very recent Executive Order Number 006 of 2018 signed into law by Mr President in July 5, 2018 which appears to hijack and usurp legislative and judicial powers by the executive arm of government.

”The House is aware that Section 44 Sub-section 2(K) of the 1999 Constitution of the Federal Republic of Nigeria (as amended) restricts the application of compulsory acquisition of movable or immovable property in any part of Nigeria except on the temporary takings of possession of property for the purpose of any examination, investigation or inquiry.

”The House is concerned that 315 Sub-section 2 of the 1999 Constitution of the Federal Republic of Nigeria (as amended) is to the effect that appropriate authority may by order make such modification on an existing law as it considers it necessary and in conformity with the provisions of the constitution.

”The House is cognisance that the National Assembly shall not enact law that oust or purports to oust the jurisdiction of a court of law.

”The House recalls that executive powers shall extend to the execution and maintenance of the constitution and all laws made by the National Assembly,” he said.

The lawmaker observed that the order was a replication of subsisting legislations such as Section 8 of the Recovery of Public Property (Special Provisions) Act of 1983, Section 330 of the Administration of Criminal Justice Act of 2015 and certain provisions of EFCC Act.

”The House acknowledges that Section 8 of the Recovery of Public Property (Special Provisions) Act of 1983 specifically vests the Federal High Court with powers to direct or require, prohibit any disposition of property moveable or immovable where a prima facie case has been made out against a person,” he said.

According to him, the Executive Order Number 006 of 2018 is similar to the dreaded Decree Number 2 of 1984 that could be used as an instrument to hunt, traumatise, harass and victimise perceived political opponents.

In its resolution, the House urged the President to ”suspend and discontinue the application and implementation of Executive Order 006 of 2018 in view if its controversial nature and its conflicts with relevant provisions of the law”.

It resolved that the Attorney General and Minister of Justice, Abubakar Malami, and the Chairman, Nigerian Law Reform Commission, Mr Kefas Magaji, be invited and submit a comprehensive list of all subsidiary legislations in the country that are published in the federal gazette within two weeks.

The lawmakers also resolved that the House of Representatives should transmit the resolutions to the Senate for concurrence.

When the question was put on a voice vote by the Speaker, Mr Yakubu Dogara, majority of the lawmakers backed the motion.

Dogara, therefore, urged that an ad-hoc committee be constituted to scrutinise and investigate all subsidiary legislations and executive orders in Nigeria and report back to the House within four weeks.

A mild drama however ensued as members of the House, who were against the motion, disagreed with the ruling shouting: ”No! No!”

Some of them, in annoyance, staged a walkout. 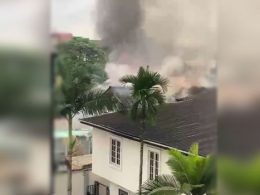 Fire has gutted a residential building in the Ikoyi area of Lagos State, authorities at the Lagos State Emergency Management Agency (LASEMA) have said.
byLateef Idris
No comments 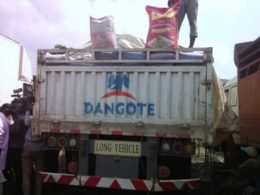 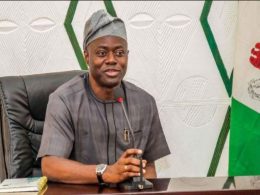 Be proud to be Nigerians and work for its greatness, Makinde urges citizens

Governor of Oyo state, Seyi Makinde has urged citizens and people of the state to be proud citizens of Nigeria and work for the greatness of the country.
byLateef Idris
17 shares
17
0
0
No comments 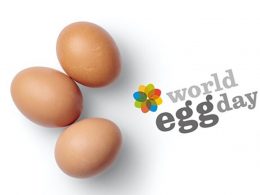 The Poultry Association of Nigeria (PAN) has called for increased consumption of eggs because of their immense health benefits.
byTayo Aderinola
No comments