The Ikeja Allstars Team ARK has qualified for the Football 5 World championship (F5WC ) National qualifier final round. F5WC is World’s largest 5-a-side tournament and the only global 5-a-side event. Founded in 2013, F5WC aims to provide a world-class, professional football experience to all players but strictly for amateur players, aged 16 years+, from anywhere in the world.

Boma Jacks of I-sports Coliseum organizer’s of the tournament in Nigeria promised a great final for all the finalists and urged football lovers to come and enjoy grassroots soccer at it best and largest 5-a-side tournament in Nigeria. Winners of the National final will represent Nigeria at the world championship in Shanghai from 12th to 18th September, 2018.

Nigeria now has 52,800 confirmed COVID-19 cases, with 252 new cases recorded on Tuesday night According to a…
byTayo Aderinola
No comments 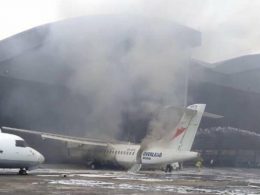 An Overland Airways aircraft catches fire mid-air on Wednesday night with 33 passengers on board.
byTayo Aderinola
No comments 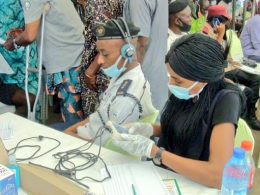 The management of the Lagos State Environmental Protection Agency (LASEPA), in its determination to improve quality of life, restore sanity and an ambient environment, has extended its noiseless advocacy campaign to motor parks to drive home the zero-tolerance policy of the State on noise pollution and indiscriminate use of megaphones at garages.
byLateef Idris
No comments 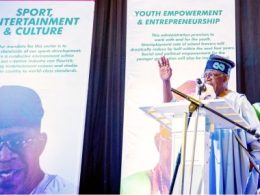 The Presidential Candidate of the All Progressives Congress, Asiwaju Bola Ahmed Tinubu, on Thursday, unveiled an 80-page policy manifesto that outlines an eight-point programme.
byTayo Aderinola
32 shares
32
0
0
No comments