Residents of Ogombo community in the Lekki axis of the State have acknowledged the support of the Lagos State Government in an attempt to cushion the effects of the flood experienced by the community last weekend.

The Chairman, New Town Estate, Pastor Oresegun Temitope acknowledged the support during a stakeholders’ meeting of the community with the Ministry of the Environment at Alausa.

Oresegun commended the present administration for its prompt intervention during last weekend’s flooding experienced by the community and thanked the State Commissioner for the Environment and his team for heeding their call and alleviating the difficulties caused by the flood.

“We are grateful to the Government particularly, Dr. Adejare for coming to assess the situation and working with us to proffer lasting solution to the problem. Moreover, the Ministry of the Environment has also come to our aid in the community by supplying us drinking water to alleviate the water shortage created by the flooding”, he stated.

The Ogombo residents’ spokesman attributed the cause of last week’s flooding in the area to indiscriminate dumping of waste in canals and other water channels by residents and urged them to be their brothers’ keeper by obeying the environmental rules and regulations in the State.

Oresegun also disclosed that developers and builders, especially in Kashamu and Artisan Bridge /Phase 2, were in the habit of dredging activities in the course of building houses, stressing that such despicable act usually leads to disruption of free flow of water.

He, therefore, called on the government to assist the community in controlling the activities of the builders and dredgers to forestall future occurrence.

Responding, the State Commissioner for the Environment, Dr. Adejare praised members of the community for being factual and stated that the society would progress when people were ready to give adequate feedback to the government.

He reiterated the commitment of the Ambode led administration to scale up its enforcement activities against the indiscriminate erection of buildings on drainage channels and the right of way, adding that those were part of man-made factors that bring about flooding.

Meanwhile, the Commissioner on Tuesday allayed the fears of members of the State House of Assembly on the de-flooding programme of the State Government after being summoned to appear before the House in view of the recent flooding in Lekki.

Dr. Adejare maintained that the State government has been proactive in its all-year de-flooding programmes by desilting canals and channels across the State, in addition to embarking on massive advocacy and enlightenment campaigns on environmental issues.

“We have mobilized equipment to dredge channels, particularly in Lekki area and have been engaging members of the communities through stakeholders meetings where we solicit for the cooperation of the people and urge them to comply with the State environmental laws,” he said.

Adejare recalled that the recent flooding was not peculiar to Lagos, adding that the Ministry was able to minimize the impact in the State compared to the damages recorded in other parts of the country. 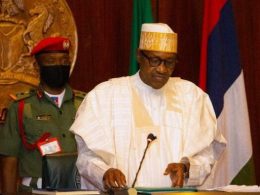 President Muhammadu Buhari, in a week of special security concern, condemned a rise in ritual killings and deadly attacks against on-duty policemen and ethnic minorities.
byLateef Idris
No comments 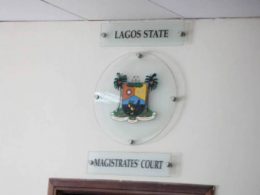 A traditional ruler, Chief Jamiu Abass, and one Olumide Kalejaiye have been arraigned before a Lagos Magistrate’s court for offences bordering on forgery.
byLateef Idris
4 shares
4
0
0
No comments