A driver, Timothy Yashim, 35, who escaped after allegedly stealing a Toyota Corolla valued at N5m belonging to his employer, Chief Magistrate Olufolake Oshin in charge of Court 1, Igbosere Magistrate Court, Lagos has been arrested after several months of manhunt him.

The feat, according to a police source was made possible by the Commissioner of Police, Edgar Imohimi who directed the Officer in Charge of the Federal Special Anti-robbery Squad, FSARS in Ikeja , CSP Ahmed Sanusi to fish out the fleeing driver and recover the stolen car following a complaint by the owner.

Other suspects arrested for allegedly conniving with the driver to perpetrate the alleged crime were Hammed Yedina and Daniel Ishaya.

According to the police, the driver and his accomplices drove the stolen car from Lagos to Kano State to sell it to one Alhaji now on the run for N600,000 before they were arrested.

The incident, according to the police, occurred on 10 March, 2018 in Lagos when the driver was sent on an errand and instead, he drove the brand new car to Kano State to sell ii at give away price and escaped.

Nemesis, however, caught up with the driver when his employer reported the car theft to Imohimi, who directed a team led by Sanusi to arrest the driver and recover the stolen vehicle

Sanusi tracked the driver to a hideout in Lagos and arrested him. During investigation, according to a police source, Yashim allegedly confessed to the alleged crime that his employer was nice to him but that a navy officer attached to a barrack at Falomo, Lagos lured him to steal his employer’s car.

Yashim led the police to arrest his accomplices and also led the Police to Kano State to recover the stolen car from the buyer who managed to escaped.

A police source alleged that the recovered car was currently at the Police Station in Kano and that effort was being made to bring it back to Lagos and hand it over to the owner.

Yashim and his partners in crime were charged before an Igbosere Magistrate Court on a two -count charge of felony to wit, stealing.

Police counsel, Francisca job informed the court in charge No P/43/2018 that the offences, the accused persons committed were punishable under sections 411 and 287(7)(10) of the Criminal laws of Lagos State, 2015.

The accused persons, however, pleaded not guilty to the alleged crime in the open court and Magistrate B. I Bakare granted them bail in the sum of N500,000 each with two sureties each in like sum.

Bakare adjourned the case till 4 July, 2018 for mention and ordered that the defendants be kept at the Ikoyi Prison, Lagos till they fulfilled their bail conditions. 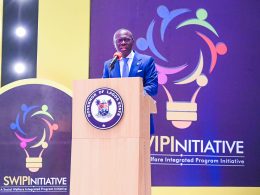 Lagos State Governor, Mr. Babajide Sanwo-Olu on Thursday vowed to take the lead in the care of orphans, children with special needs, the elders, the mentally challenged, and other vulnerable groups in the state to give hope and make life meaningful to them.
byTayo Aderinola
1 share
1
0
0
No comments 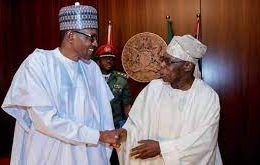 We notified Buhari of our meeting, says Obasanjo

Contrary to speculations in some quarters, President Muhammadu Buhari was informed about the June 10, 2021, meeting of some eminent Nigerians under the aegis of the Committee for the Goodness of Nigeria (CGN).
byTayo Aderinola
5 shares
5
0
0
No comments 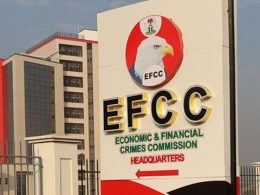 The Economic and Financial Crimes Commission, EFCC, has concluded plans to conduct the sale of properties that are subject to Final Forfeiture Orders.
byTayo Aderinola
No comments

Really, Igbo have a crime culture problem that needs fixing

In the heat of the lynching of Igbo citizens in Asia in 2013 over alleged criminality, I wrote…
byTayo Aderinola
No comments