The Federal Government is committed to the completion of ongoing projects in the South East including the second Niger bridge, East West road and others, according to Vice President Yemi Osinbajo.

Prof. Osinbajo gave the assurance in his remarks on Friday 29th September in Ifitedunu, Anambra State,

at the funeral service of Mrs. Roseline Akabueze mother of the Director-General of Budget Office, Mr. Ben Akabueze.

He said President Muhammadu Buhari is indeed a fair-minded and just leader that takes into account, the interest of all Nigerians regardless of their backgrounds,

According to the Vice President who spoke after the Bishop of Awka, Paulinus Eze Okafor gave an homily at the event raising issues about marginalization and restructuring, said, “we have a listening President, and I can assure you that President Muhammadu Buhari is a man who in his heart wants to be fair and just.’’

Prof. Osinbajo said the President had in many instances exhibited attributes of a fair leader in his choice of political associates, people to work with and so on.

He said: “one of the most important things about the President is that he a very fair-minded person,” but could be said to be somewhat partial to Anambra state in particular, adding “and I believe that he loves this State.

The Vice President explained that the Buhari’s criteria for appointments is driven by “competence of persons considered to manage certain positions.’’

He however reiterated the present administration’s commitment to the unity and prosperity of Nigeria regardless of the challenges.

Prof. Osinbajo also assured the people of the South-East of the Federal Government’s commitment to complete key projects embarked upon in the region.

“Aside from that, the Lagos-Calabar rail line passing through states in this region, the president also, personally, went to negotiate the loan.

“I believe that by the grace of God we would see the completion of all of these projects; even the Onitsha road that you have been complaining about, we will ensure that it is built.’’

He prayed that God will grant the family of late Mrs Roseline Akabueze,  the fortitude to bear the loss.

The Joint Admissions and Matriculations Board has said no date has been fixed for registration for the 2021 Unified Tertiary Matriculation Examination.
byLateef Idris
No comments 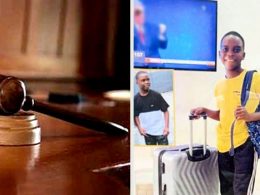 The coroner’s inquest into the circumstances surrounding the death of Sylvester Oromoni, a 12-year-old student of Dowen College, Lekki resumed on Friday at the Magistrate Court sitting in Epe, Lagos State.
byLateef Idris
No comments

The governorship candidate of the All Progressives Congress (APC) in Lagos State, Babajide Sanwo-Olu on Monday said the…
byTayo Aderinola
No comments 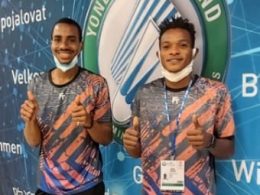 The duo of Anuolowapo Opeyori and Godwin Olufia has coasted into the Semifinals in the Team Event of the ongoing National Sports Festival taking place in Benin, Edo State, Nigeria.
byTayo Aderinola
No comments