The Federal, State and Local Governments have shared the sum of N668.8bn as allocation for the month of May.

Mr Hassan Dodo, the Director of Information, Ministry of Finance, in a statement on Friday said the fund was released to the three tiers of government while reconciliation of the revenue underpayment was still ongoing.

Dodo said owing to disagreement on remittances by the revenue generating agencies, especially the NNPC, the sharing of revenues for May 2018 that was meant to be distributed in June 2018, was put on hold.

He said the urgent need to cushion the undue hardships being experienced by workers nationwide has made it necessary to distribute the May figures totalling N668.898bn to the three tiers of government, while efforts were being intensified to address the unsatisfactory remittances. 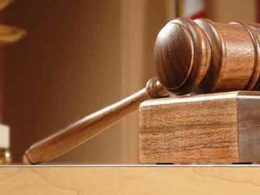 The Police in Lagos State, on Monday, arraigned a 50-year-old man, Babatunde Rasak, in a Badagry Chief Magistrates’ Court, over alleged attempt to abduct two children.
byLateef Idris
No comments 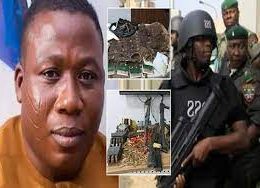 A High Court in Oyo State has ordered the Department of State Services (DSS) to pay N20 billion to Chief Sunday Adeyemo aka Sunday Igboho.
byTayo Aderinola
No comments

In recognition of the efforts of all frontline Medical Personnel treating COVID-19 patients, the Christian Sisters’ Fellowship and…
byTayo Aderinola
No comments