Shareholders of FCMB Group Plc on Friday at the Annual General Meeting approved  a dividend of N1.98 billion for the financial year ended Dec. 31, 2017.

They also approved commended the board for consistent dividend payment.

The shareholders at the company’s fifth Annual General Meeting (AGM) in Lagos, approved the payment of N1.98 billion dividend which translated to 10k per share.

Speaking at the meeting, Mr Boniface Okezie, the National Coordinator, Progressive Shareholders Association of Nigeria (PSAN), lauded the company for its consistency in dividend payment in spite of the economic headwind.

Okezie urged the company’s management to work very hard to maintain the tempo, while assuring the cooperation of shareholders support.

He said the management must ensure adherence to regulatory rules to avoid payment of sanctions that would have been used to pay dividends.

Okezie said the company should be more careful going forward, noting that N28.26 million paid as penalties for various infractions should be avoided.

Mr Sunny Nwosu, the former National Coordinator, Independent Shareholders Association of Nigeria (ISAN), said that  shareholders of the bank were not happy with the levy being imposed on banks by the Asset Management Corporation (AMCON).

Nwosu said the N5.66 billion AMCON levy paid by the company in 2017, was unacceptable by the shareholders.

He said the shareholders would resist moves by AMCON to extend its life line.

Mr Oladipupo Jadesimi, the company’s Chairman, told the shareholders that it would continue to shore up the capital of the bank through profit retention in preparation for the growth opportunities expected as the economy recovers.

Jadesimi expressed gratitude to shareholders for their continuous support.

“Although, we met a number of challenges as a Group in 2017, I am pleased to say that we were able to surmount them, thanks to the commitment of all the personnel of our Group companies,” he said.

Also speaking, Mr Ladi Balogun, the Group Chief Executive of FCMB Group, said the group’s performance was an improvement over the previous year in spite of the reduction in headline numbers.

Balogun said the key drivers of the group’s performance included increase in income from non-banking activities, lower impairment charges from the bank and its subsidiaries and improved operating efficiencies through more pervasive use of technology.

He assured that the company’s successful acquisition of majority (88.2 per cent) stake in Legacy Pension Managers would go a long way in helping to achieve further diversification and earnings within the FCMB Group.

“We see significant growth opportunities in the Pension management industry and will support and facilitate strategic growth initiatives that will position Legacy in the top-tier of its industry over the next few years,” he said.

The News Agency of Nigeria (NAN) reports that the company posted gross earnings of N169.88 billion during the review period as against N176. 35 billion achieved in the previous year. 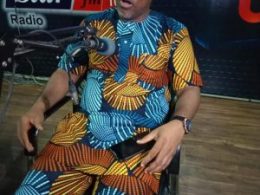 The General Manager, Lagos State Planning and Environmental Monitoring Authority (LASPEMA), Tpl. Daisi Oso, has declared readiness of the Agency to correct the chaotic situation of Lagos Urban Spaces caused by the people in the informal business sector.
byLateef Idris
No comments 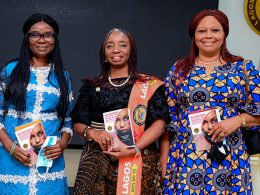 Lagos State First Lady, Dr. Ibijoke Sanwo-Olu has urged all stakeholders to support the fight against Sexual and Gender-Based Violence (SGBV), saying that the necessary will must be mustered to completely stamp out the menace of rape, especially against women and girls.
byTayo Aderinola
No comments 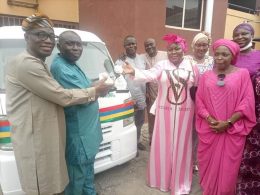 The Executive Chairman of Oriade Local Council Development Area, Lagos, Southwest, Nigeria,Hon Ramotalai Akinlola-Hassan has assured residents of the council that her administration will provide improved and better services in all sectors in 2022.
byTayo Aderinola
No comments