A fabulous first-half strike from Kieran Tierney confirmed Arsenal’s place in the Europa League round of 16 as the Gunners beat FC Zurich 1-0 at Emirates Stadium on Thursday. The victory saw Arsenal finish on 15 points in Group A, two ahead of second placed PSV, who like fellow Premier League rivals Manchester United will have to face a team who finished third in their Champions League group.

Arsenal welcomed back Mohamed Elneny to their starting team on Thursday with Bukayo Saka, who played 30 minutes despite seemingly coming off injured in the first half of the Gunners win over Nottingham Forest, and Oleksandr Zinchenko who has missed the last month with a calf injury back into the squad.

Mikel Arteta’s side dominated the fixture at Emirates Stadium and through their impressive Europa League group stage campaign, which has included winning five of their six matches, are set to bypass the round of 32 while fellow English side Manchester United, must face an extra two games to reach the same stage.

Not only could Arsenal have faced possible Europa League elimination if they were unable to finish top of their group, with the Gunners possibly facing the likes of Barcelona or Ajax who dropped down from Europe’s top competition if they had finished second, but they will also play two less games than Manchester United in what will likely be a relentless second half of the season.

The Gunners will find out their Europa League round of 16 opponents on February 24 where they will be joined by the eight winners of the round of 32 ties, with the first leg of those fixtures set to be played on February 16, with the second legs a week later on February 23

The teams set to compete in the Europa League round of 32 will be sorted into seeded and unseeded teams and are as follows: 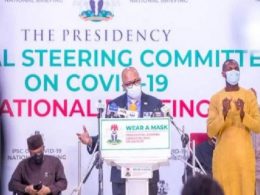 The measure was adopted after the confirmation of the Delta variant of Covid -19, as well as the escalating incidence of infections and hospitalizations across the country, according to a statement signed by the committee’s chairman, Boss Mustapha.
byLateef Idris
No comments 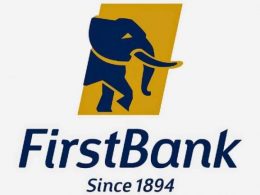 The initiative that inspired the efforts and results seen in the videos is not a strange one but it has a way of surprisingly leaving people teary-eyed. Viewers tear up as they get to see the positive difference it has made in the lives of ordinary people in communities across Nigeria.
byTayo Aderinola
No comments

HON. OLUSEGUN GANIYU DAWODU Describes Him As A Round Peg In Round Hole & Indispensable Component Of The…
byTayo Aderinola
No comments 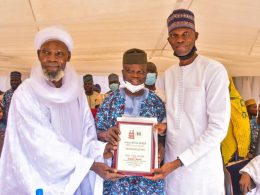 It was a carnival-like atmosphere when the Alausa Central Mosque celebrated its 20th anniversary with prayers and honouring an illustrious son, Chief of Staff to the Lagos State Governor, Mr Tayo Ayinde on Sunday.
byTayo Aderinola
No comments