The Economic and Financial Crimes Commission (EFCC) has disowned a recent gloating tweet that announced the imminent revival of a criminal case against outgoing Governor of Ekiti, Ayo Fayose.

In a statement on Monday night, spokesman of the commission, Mr Wilson Uwujaren, said the “purported tweet does not represent the views of the EFCC”.

The tweet, which appeared on the EFCC’s verified Twitter handle, @officialEFCC on Sunday afternoon, said the commission had dusted a N1.3 billion fraud case file against Fayose.

It came few hours after the Independent National Electoral Commission (INEC) announced the results of Saturday’s governorship election in Ekiti.

The tweet read: “The parri (party) is over, the cloak of immunity torn apart, and the staff broken.

The Governor of Zamfara State, Bello Matawalle, has presented some gold bars and other precious stones to President…
byTayo Aderinola
No comments

Minister of Works and Housing, Babatunde Fashola, SAN, has suspended all leaves and travels for all workers of…
byTayo Aderinola
No comments 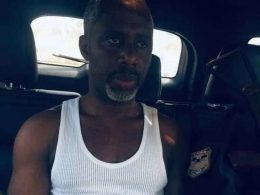 The police have released Uche Nwosu, a son-in-law to a former governor of Imo State, Rochas Okorocha.
byLateef Idris
No comments