Drama as teenager ‘loses manhood’ after shaking hands with stranger

A mild drama ensued at Kurudu area of the Federal Capital Territory, FCT, Abuja on Monday after a 16-year-old boy reportedly lost his manhood after shaking hands with a stranger.

The boy, Salvation from Abia State, had claimed that his manhood shrank and that he was unable to urinate after shaking hands with one Usman.

According to a witness, Usman, an electrician from Nasarawa State, went to the area in search of a brothel.

Usman’s first point of contact was Salvation, who after showing him the direction to the brothel noticed some physical changes on him and raised alarm.

The incident attracted the attention of passers-by who pounced on Usman.

When PREMIUM TIMES arrived the scene of the incident, Usman was in the custody of soldiers who had rescued him from the mob.

Narrating the incident, a teary-eyed Salvation said he had never set his eyes on Usman until that night.

“I locked my brother’s shop around 7:45 p.m. to go and watch Arsenal match. This guy (Usman) came to ask me to ask for ‘Ashawo’ (sex worker) joint is in this area. I pointed the way to him and afterwards, he shook my hand.

“When he shook my hand, I just felt a change in my body, I felt something left me. I tried to urinate but I couldn’t. That was how I raised alarm and people held him (Usman),” he said.

After the alarm, residents and traders in the area reportedly accosted Usman, beat him up and were about lynching him before soldiers from the Post-service Amy Estate came to his rescue.’

Usman, a father of two, however denied using charms to ‘take’ Salvation’s manhood.

“I came to the area and asked him where I can get an Ashawo joint. He showed me the place and that was all. Before I knew what was happening, people were already beating me, accusing me of taking his manhood. I don’t have any ‘juju’ and I don’t know anything about it. Today is the first day I will attempt to visit an Ashawo joint,” he said.

After hours of pacifying Usman to undo the charm, one of the sympathisers suggested Salvation be taken to a brothel to “test if the manhood has been restored.”

Heeding the advice, Salvation was led to a brothel where he was reportedly able to ejaculate with the aid of a sex worker.

Usman, however, remained in custody of the soldiers perhaps for his safety. 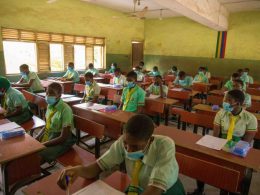 The West African Examinations Council (WAEC) has described untrue, claims that it carried out the ranking of the performance of states in its recently released examination for school candidates.
byTayo Aderinola
No comments 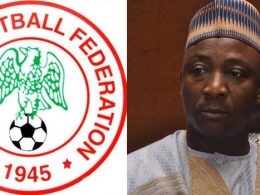 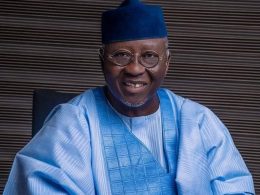