The Lagos West Senatorial Zone on Friday 9th March passed a vote of confidence on Gov. Akinwunmi Ambode, endorsing him to go for a second term.

The News Agency of Nigeria (NAN) reports that party leaders from the zone, led by Chief Rabiu Oluwa and other members endorsed Ambode at a special assembly in Ikeja.

Sen. Ganiu Solomon; National Woman Leader of the party, Chief Kemi Nelson; Commissioner for Information and Strategy in the state, Mr Kehinde Bamgbetan, and members of the state assembly including, Mr Bisi Yusuf (Alimosho 1) were also at the event.

The party chairmen of the 28 local governments in the senatorial zone were also present at the forum, where Ambode was endorsed via voice vote.

A political drama played out at the venue when supporters of Olamikekan, who had been nursing a gubernatorial ambition in Ogun state and those of Obanikoro tried to outdo one another in a sort of supremacy battle over who should represent the zone in the Senate in 2019.

Olamilekan arrived the venue minutes after commencement with horde of supporters carrying posters and banners with uniform inscription “No vacancy in Lagos West, we want you back as our Senator”.

Not wanting to be outdone, Obanikoro ‘s supporters, armed with “Obanikoro for Lagos West Senatorial Zone” banners, joined Olamilekan’s supporters on the stage, each chanting the names of their candidate.

The situation delayed the programme for about 45 minutes as party leaders and security agencies had a hectic time to control the supporters of the two politicians.

Both Obanikoro and Olamilekan later stood up to control their supporters, who then retreated to their positions, but not without making occasional chants to drive home their choices.

Oluwa said at the event that the gathering was to celebrate the achievements of the governor and endorse him for second term.

“What we have come here to do is not for political campaigns but to celebrate the achievements of a working governor and endorse him for another term.

“When Asiwaju Tinubu started the development strides in Lagos, we thought that was the end. Then came Fashola, and he did his best. And now we have Gov. Ambode and he is doing better and better by the day.

“Let us look at infrastructural developments in the state in Ikeja, Berger, Abule Egba, Lekki, in the area of electricity and others, we will see that the government has done very well.

“He has replicated the same in healthcare, education, sports and all the other sectors.

“We are proud of the governor and his achievements and that is why party members and those present today have asked the governor to carry on with his development strides,” he said.

He thanked residents for the support they had given to the state government and urged them to continue the support through the payment of their taxes.

Also speaking, Women leader, Kemi Nelson, described Ambode as an achiever who had done a lot to raise the bar of governance in the state.

He said Ambode had done a lot to empower women.

“Our governor has done a lot for the state and has done particularly well for women.

“Women in the state are satisfied with what he is doing and that is why we are here to ask him to go for another term,” she said.

Speaking in like manner, former deputy governor, Sosan said the performance of Ambode had made him a natural choice for second term.

“I am in support of Ambode for second term and I have no doubt that everyone is supporting our performing governor for a second term.

“The governor has surpassed expectations. We are glad with what he is doing in Lagos and that is why we want him to have another term to do more”, she said.

The deputy chairman of the party in the state, Chief Omolaja Odumbaku, said the party was pleased with the performance of Ambode.

He said it was on that basis that the state chapter was endorsing Ambode for another term.

Why Akeredolu is best for Ondo, by Sanwo-Olu 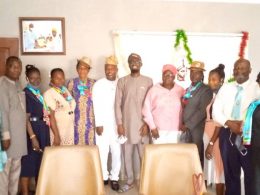 As parts of efforts to enhance quality and affordable education at the primary school level  in Alimosho LG area, the Executive Chairman, Alimosho Local Government Hon Jelili Adewale Sulaimon  today had audience with the Education Secretary and the School Managers  in the eight Primary Schools within the LG area.
byTayo Aderinola
No comments

The Standard Organisation of Nigeria (SON) says it will prosecute importers, manufacturers and distributors of substandard Liquefied Petroleum…
byTayo Aderinola
No comments 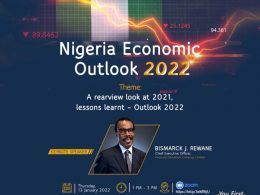