The Deeper Christian Life Ministry, DCLM, has raised the alarm over the existence of scammer impersonating the General Superintendent of the church, Pastor William Kumuyi on Facebook and other social media outlets.

A statement issued by the DCLM on Sunday said the attention of the leadership of the Church had been drawn to the existence of a scammer/impostor on Facebook and other social media, masquerading and impersonating Kumuyi.

“The impostor plies his scam with the name, “Williams Kumuyi” and feeds unsuspecting members of the public with fake revelations and prophecies, asking them to contact an orphanage on GSM number 09036165941 for donations.

“The DCLM wishes to dissociate herself from this shady personality and any other and warns the general public to beware.

“This Christian Ministry does not operate orphanages or call for public donations via Facebook or any other social media platform. Inquiries should be directed to [email protected]

The statement added that whosoever had lent himself to be so used for this fraud should desist henceforth before it is too late. 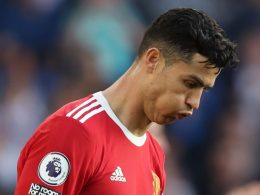 EPL: You can’t rely on those underperforming players – Man United told not to allow Ronaldo go

Manchester United have been told not to allow Cristiano Ronaldo leave Old Trafford this summer, especially when there is a lack of availability of suitable replacements for him.
byLateef Idris
No comments

Facebook will pay a £500,000 fine imposed by the UK’s data protection watchdog for its role in the…
byTayo Aderinola
No comments 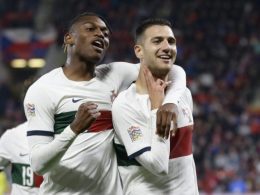 Portugal was in sensational form in their latest Nations League game, thumping Czech Republic 4-0 at Fortuna Arena in Prague. Manchester United duo Diogo Dalot and Bruno Fernandes were both on the scoresheet, with the former bagging an impressive brace. Liverpool’s Diogo Jota wrapped up the scoring to send the 2019 winners top of Group A2 with a game to play.
byTayo Aderinola
No comments

The Executive Chairman of Ikosi-Isheri Local Council Development Area (LCDA), Lagos, Southwest, Nigeria, Princess Samiat Abolanle Bada has stressed the need for stakeholders in the education sector to give top priority to qualitative primary education in the interest of children who are future leaders of tomorrow.
byTayo Aderinola
No comments