Jibrin was suspended in 2016 for alleging that the Speaker, Yakubu Dogara, and other principal officers of the House padded the 2016 budget with about N40 billion.

He then dragged the House, the speaker and the clerk of the House to court to challenge the suspension.

Justice John Tsoho, in his judgement, declared that the action of the House was unconstitutional. It was the second time, a judicial review of a National Assembly action was being thrown overboard as unconstitutional. Another Federal High Court in Abuja had overruled the suspension of Senator Ovie Omo-Agege, by the Senate

.Justice Tsoho said it was necessary to admonish the House to perform its duties with the constitution in mind and avoid arbitrariness, bias and impartiality.

“At this juncture, a general admonition is deemed necessary.

“The House of Representatives should be the bastion of representative democracy in Nigeria and should thus hold as very dear, the tenets of democracy and stick tenaciously to same.

“The House should not desecrate itself by openly exhibiting lack of faith in the constitution and the rule of law to which it owes its very existence.

“Drawing from a traditional adage, it is apt to state that any entity that challenges its soul to a fight is doomed and will fail,” the judge said.

The judge nullified the suspension of the lawmaker and ordered the House of Representatives to pay all outstanding salaries and allowances that accrued to him while he was on suspension.

“The suspension is null and void, and of no effect whatsoever.”

According to Tsoho, the defendants by suspending Jibrin, violated his rights as enshrined in Section 39 of the 1999 Constitution as amended.

He added that the defendants were biased when the principal officers who raised the allegation against Jibrin were part of the committee that investigated the matter.

The court maintained that it was wrong for the defendants to be judge in their own case.

The court further held that the House erred when it went ahead to suspend Jibrin, not minding the pendency of an action against it. 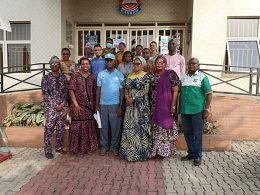 The Special Adviser to the Lagos State Governor on Parastatals Monitoring, Mr. Afolabi Ayantayo, has emphasised the importance of exposing Lagosians to the history of the State, as well as acquainting them with the various archival materials in its repository.
byTayo Aderinola
No comments 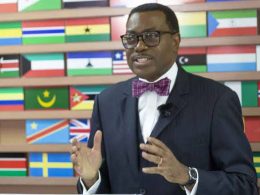 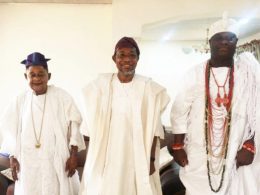 Following efforts to reconcile the National Leader of the All Progressives Congress and Presidential Aspirant, Asiwaju Bola Ahmed Tinubu and the Minister of Interior, Ogbeni Rauf Aregbesola, prominent traditional rulers in Yorubaland, the Ooni of Ife, Oba Adeyeye Ogunwusi and the Alaafin of Oyo, Oba Lamidi Adeyemi, met Aregbesola behind closed doors on Tuesday in…”
byTayo Aderinola
No comments