Mr Obafela Bank-Olemoh, the Special Adviser to Gov. Akinwunmi Ambode of Lagos on Education, on Thursday said that no less than 337 schools would participate in a four-day Code Week Competition.

Bank-Olemoh said that the schools would be selected from public and private schools from the six educational districts in Lagos in a statement in Lagos.

The adviser said the competition was being put together by the State Ministry of Education through the CodeLagos Initiative.

Bank-Olemoh said that the schools would be exposed to the world of computer programming as well as foster the rapid growth and development of coding skills among students.

He said the four-day competition would start on June 25.

The adviser said the competition would further encourage the use of a wider range of Science, Technology, Engineering and Mathematics (STEM) skills within the school curriculum.

It would also raise the standards of students’ knowledge of ICT, he said.

According to him, “CodeLagos is a response to the mandate by Gov. Akinwumi Ambode to prepare residents of Lagos for a technology-driven future.

“Our intention through this competition is to foster problem solving and algorithmic thinking abilities among our students by simulating real-case problem solving scenarios.

“By so doing, we will be positioning our students for the 21st Century workforce.

“We will also be identifying talented young programmers and helping to nurture their skills and expertise,” he said.

Bank-Olemoh said the Lagos Code Week would commence with a preliminary competition among CodeLagos schools in each of the six educational districts in the State.

He added that each participating school would be represented by three contestants who would be required to respond to a coding-related design challenge.

“Besides, over 1,340 residents of Lagos are currently being trained in the third session of CodeLagos out-of-School programme holding in 12 centres across the state.

“Some of them are: Ikeja, Ipaja, Isolo, Yaba, Ilupeju, Meiran, Onikan, Surulere, Fadeyi, and Igbogbo Ikorodu.

“And by our projections, over 150,000 residents of Lagos would have been trained by December 2018,” Bank-Olemoh said.

US Offers N2.52b reward for the arrest of Boko Haram leader Shekau

The United States Department of State has offered a juicy $7m reward, about N2.52 billion for information that…
byTayo Aderinola
No comments 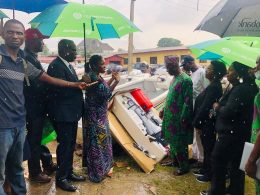 The remains of late Maj.-Gen. Idris Alkali, which was found by a team of Nigerian Army on Search…
byTayo Aderinola
No comments 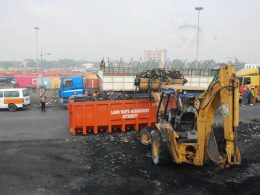 We are Committed to a Clean Environment – LAWMA Boss

Lagos Waste Management Authority (LAWMA) has reassured residents of firm commitment to a clean environment despite the challenge of diesel scarcity, while also appealing to them to bag and containerise their waste.
byLateef Idris
No comments