byTayo Aderinola
3 minute read
Total
0
Shares
0
0
0
The Indigenous People of Biafra (IPOB) is being sponsored by a coalition of treasury looters and certain disgruntled elements to sabotage the Buhari Administration, under the guise of fighting for the rights of the people of the South-east.Minister of Information and Culture, Alhaji Lai Mohammed said this today in Lagos.

”Nigerians must understand that IPOB was not set up to fight for the right of anyone or group, but as a tool to destabilize the nation, divert attention from the efforts of the Buhari Administration and obliterate the laudable achievements of the Government,” the Minister told a press conference in Lagos on Sunday.

”IPOB is being sponsored by those I will call the Coalition of the Politically Disgruntled and the Treasury Looters. They believe that by sponsoring this group to destabilize the country and trigger chaos, they will realize their ambition of escaping justice and then be free to dip their hands into the nation’s treasury again,” he said.

Alhaji Mohammed wondered why the activities of IPOB became heightened with the advent of this Administration, saying: ”If this is coincidental, then that coincidence is uncanny, at the least. Remember that Nnamdi Kanu, who led a protest at the Nigeria House in London against Boko Haram insurgency and in support of Nigeria’s unity, under the Jonathan Administration, has suddenly metamorphosed into an IPOB monster who will rather set the nation ablaze.”

He said IPOB thrived on exploiting the nation’s fault lines, and that its modus operandi ”is to trigger conflagration nationwide through attacks and reprisals”.

”Thankfully, IPOB has failed in its evil machinations. The good people of Nigeria have seen beyond those cheap tactics and have avoided being incited against one another. We must remain vigilant and resolute. We must all say no to the incendiary and divisive tendencies of IPOB and its cohorts,” he said.

The Minister commended the Nigerian military for labelling IPOB a terrorist organization and for checkmating the group, and the South-east Governors for proscribing the organization.

”But for (the military’s) quick and decisive intervention, IPOB could have set the nation on fire. Thanks to the decisiveness of the military, today the Governors of the states in the South-east have wisely proscribed IPOB,” he said.

Alhaji Mohammed accused IPOB of harvesting gory videos from the distant past and from other lands to deceive the international community that the people of the South-east are victims of state-sponsored ethno-sectarian violence, describing such tactics as ”lies and propaganda”.

”Such videos, which have very high emotive quotient, are circulating on the Social Media. We call on all to subject such videos to the greatest scrutiny so as not to be misled. In particular, we urge the international community not to jump to any conclusion on the basis of such videos,” he said.

The Minister also appealed to the media to show greater restraint and avoid sensationalism in their reporting of the military exercise, Operation Python Dance II, in the South-east.

”The divisive and jaundiced opinions of some anarchists have been given a big play by a section of the media. This is wrong. Let me remind all of us of the role of the media, especially the radio, in the 1994 genocide in Rwanda that left about 800,000 people dead,” he said, adding that the Nigerian media cannot afford to sit on the fence or engage in irresponsible journalism when the issue at stake is the very survival of the nation. 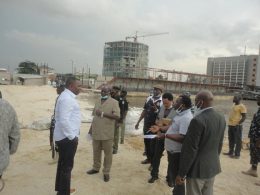 I have soft spot for Buhari — Archbishop

The Methodist Archbishop of Abuja, Most Rev. Oche Job, says he admires President Muhammadu Buhari because he…
byTayo Aderinola
No comments 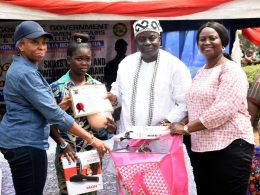 In a bid to ensure financial independence for women in Lagos State, the Ministry of Women Affairs and Poverty Alleviation has trained and empowered 250 women residents of Irewe Community in Ojo Local Government Area of the State.
byLateef Idris
No comments