Mr Sam Olumekun, INEC Resident Electoral Commission (REC), Lagos State, made the appeal in an interview with the News Agency of Nigeria.

He reacted to the low turnout of voters during the Eti-Osa Constituency I bye-election in the state.

The election held on Saturday to fill a vacant seat in the state House of Assembly, following the death of the lawmaker representing the area, Mr Kazeem Alimi. Alimi died on July 18.

Olumekun said that there was the need for attitudinal change and proper orientation toward electoral processes in the country.

”Obviously, the first element is that the election was peaceful with no record of violence.

”We observed all procedures that are expected of us in the conduct of the elections; so, the election was very fair.

”The turnout was not just low but very poor.

This is a repeat of what happened during the Ifako-Ijaiye Federal Constituency bye-election, where we recorded less than three per cent turnout,’’ he said.

The REC said that he had yet to have figures to rate the turnout for the Eti-Osa bye election.

”I just think we need to get out of this mentality and change our orientation.

“We are doing election in one constituency in the whole of Lagos; I do not think we need to lock down Lagos because of that.

”The fact that there was no restriction of movement should not have prevented the people from exercising their civic responsibility.

”This neighborhood is a highbrow area; the people are very much aware of this election; so, we cannot say that publicity was responsible for the low turnout, ” he said.

Olumekun commended security agents for ensuring orderliness during the election. 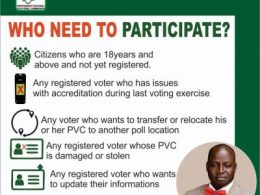 Politicians in cassock attempt to stop visit to Buhari – CAN 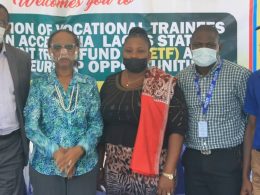 The Lagos State Government has increased the number of existing vocational Centre from seven to nine in order to reduce the distance youths often travel to access existing Centre. The two additional facilities, sited in Badagry and Epe Local Governments, will become operational from August 2021 to give youths in communities across the axis the opportunity to become entrepreneurs.
byLateef Idris
No comments 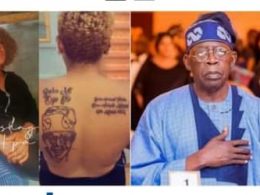 Woman who drew tattoo of Tinubu on her back cries out, says she has been sent packing by husband

The woman who drew a large tattoo of Ahmed Bola Tinubu's face on her back has cried out for help after her husband sent her packing and her family members refused to accept her back.
byLateef Idris
26 shares
26
0
0
No comments