A 22-year-old bus conductor, Olajide Oyenuga, who allegedly burgled his neighbour’s house with an intent to steal, was on Friday brought before a Yaba Magistrates’ Court in Lagos.

The accused, of no fixed address is facing a two-count charge of burglary and entering residence with intent to commit felony.

The Prosecutor, Sgt. Godwin Oriabure, told the court that the accused had on Jan. 6, at 8 p.m. burgled his neighbour’s apartment at No. 7, Duru Close in Shomolu area of Lagos.

Oriabure alleged that the accused had entered the apartment of the complainant, Mr Abayomi Odunmada, through the roof of the house.

According to him, the neighbours heard the sound of the roof collapsing and called the attention of the security guard to it.

He further said that it was the guard who reported the burglary to the police.

The accused, however, pleaded not guilty to the charge.

The News Agency of Nigeria (NAN) reports that Sections 307 and 308 both stipulate seven-year jail term each for the offences.

In her ruling, Magistrate Oluwatoyin Ojuromi, granted the accused bail in the sum of N100,000 with one responsible surety in like sum.

Ojuromi said the surety should be gainfully employed and should show evidence of tax payment to the Lagos State Government.

The case was adjourned until Feb. 19 for mention.

Despite its barking one week ago, the Lagos State Government appears toothless in enforcing ban on okada riders…
byTayo Aderinola
No comments 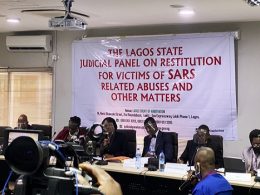 The Lagos State Judicial Panel on Restitution for Victims of SARS related abuses and other matters has suspended its sitting until further notice, 27 working days to its October 19 deadline.
byLateef Idris
No comments 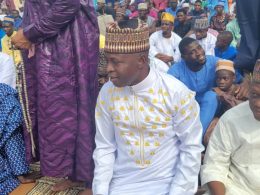 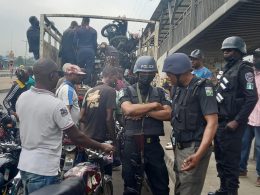 We would not rest on our oars – Lagos Taskforce

Lagos State Environmental and Special Offences Unit (Taskforce) has said it would not rest on its oars until penchant disregard for traffic rules and regulations reduces drastically among commercial motor cyclists in the metropolis just as it impounded 410 between last week and yesterday.
byTayo Aderinola
No comments