Uncomfortable with the leadership crisis in Lagos, President Muhammadu Buhari is reportedly to have invited the leader of APC, Bola Tinubu, to Abuja.

Although they have publicly denied, Tinubu is reported to have a rift with Lagos State governor Akinwunmi Ambode.

The APC Governors’ Forum is reported to have urged Buhari to appeal to Tinubu not to disgrace one of their own.

The Guardian said the closed-door meeting between both men; the Oba of Lagos, Rilwanu Akiolu; national vice chairman of APC, South West, Chief Pius Akinyelure; and others were said to have expressed concern over the conflict and the effects the quarrel would have on the party’s chances of winning the forthcoming governorship election.

The media aid to the national leader, Mr. Tunde Rahman, said he was not aware his principal was summoned to Abuja on the matter.

“Honestly, I am not aware,” he affirmed. If the governor said there was no rift, it means there is none.”

Vice President Yemi Osinbajo is also making frantic efforts to intervene and had travelled to Lagos to meet the governor and Tinubu.

The state chairman of APC, Alhaji Tunde Balogun, assured members that the party would be fair to the three aspirants seeking the governorship position.

“You can’t trample on people’s right; you can’t stop anybody from expressing intention to contest as stipulated in the constitution.

“It is left for the party members to decide their candidate through direct primary.

“All the three governorship aspirants are going to participate in the primary. If three people have taken forms, it means the party will decide whom it wants. APC is a disciplined party,” he said. 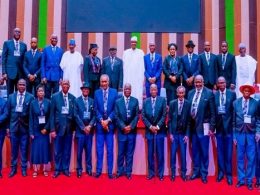 2023 General Elections: Buhari charges the judiciary to be neutral on litigations

President Muhammadu Buhari has charged the judiciary to remain neutral in the determination of election-related cases as the nation draws closer to the 2023 general elections.
byTayo Aderinola
No comments

Nigerian Judge to Shoprite: You have $10m to pay before leaving Nigeria 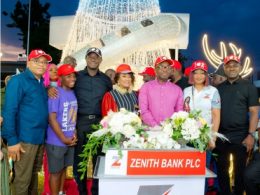 It was a great spectacle to behold as the Christmas and Yuletide season came to life at the 2022 Zenith Bank Christmas Light-Up Ceremony, which was held at the Ajose Adeogun Street Roundabout, Victoria Island, Lagos, on Saturday, November 19, 2022. The official lighting ceremony, which was performed by the Group Managing Director/CEO of Zenith Bank Plc, Mr. Ebenezer Onyeagwu, supported by Executive Management, was witnessed by many of the bank’s staff and customers, with others joining virtually.
byTayo Aderinola
No comments