President Muhammadu Buhari devoted part of the 57th Independence anniversary speech to remind campaigners for the dismemberment of Nigeria of the horrendous experience  of Nigeria’s civil war between 1967 and 1970.

Although he did not mention Biafra specifically in the broadcast, the reference was unmistakable as the Indigenous People of Biafra has been the champion of a new Biafra nation, to be excised from Nigeria.

President Buhari restated that the dismemberment  campaign, part of the wider legitimate call for restructuring of the Nigerian federation, has violated the red line.

He said his government will never allow such advocacy, being pushed by “irresponsible groups”.

” We can not and we will not allow such advocacy”, he said.

“As a young Army Officer, I took part from the beginning to the end in our tragic civil war costing about 2m lives, resulting in fearful destruction and untold suffering. Those who are agitating for a re-run were not born by 1967 and have no idea of the horrendous consequences of the civil conflict which we went through.

“I am very disappointed that responsible leaders of these communities do not warn their hot-headed youths what the country went through. Those who were there should tell those who were not there, the consequences of such folly.

“At all events, proper dialogue and any desired constitutional changes should take place in a rational manner, at the National and State Assemblies. These are the proper and legal fora for National debate, not some lop-sided, un-democratic body with pre-determined set of objectives”. 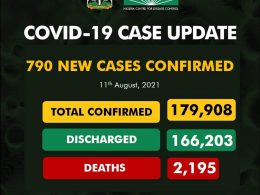 Nigeria’s Minister of Foreign Affairs, Mr. Geoffrey Onyeama on Sunday announced that he is heading for an isolation…
byTayo Aderinola
No comments 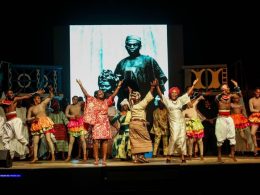 Some rogue Nigerian soldiers have opened fire on police operatives, who arrested a suspected kidnap kingpin in Ibi,…
byTayo Aderinola
No comments