The embattled Minister of Finance, Kemi Adeosun, has finally resigned after much pressure.

Although no official statement has been released on the issue, but reliable sources confirmed her resignation on Friday.

The 51-year-old former minister is reported to have resigned following pressure arising from her questionable NYSC discharge certificate.

In November 2015, Adeosun was appointed Nigeria’s Minister of Finance by President Muhammadu Buhari.

Kemi was born in 1967 in London, England to Nigerian parents from Ogun State.

The story has been out there that Adeosun forged her National Youth Service Corps (NYSC) discharge certificate.

Although she was qualified to formally obtain an exemption because she was above 30, her exemption certificate has been questioned.

She initially ignored the forgery report, but her handlers later explained that she was not guilty.

They painted those digging into the story as mischief-makers who wanted to pull down a woman of substance.

The NYSC headquarters also came up with a terse statement that she indeed applied for an exemption and that it was looking into the matter.

Some citizens had dragged her to the Federal High Court in Abuja which has fixed October 8 to hear the suit asking it to sack her from office.

The suit was filed by a Mr. Francis Obalim, a lawyer who approached the court, praying for an order quashing and setting aside Mrs. Adeosun’s appointment as a Minister of the Federal Republic of Nigeria,

Her appointment he filed circumvented the condition precedent and in contravention of mandatory Sections 12, 13 and 14 of the NYSC Act which is an integral part of the 1999 Constitution, as amended.

The news of her resignation bursting the social media, recording more 15,000 tweets already.

Dr. Joe Abah‏Verified account @DrJoeAbah tweeted: “I have just received, with sadness, news that Kemi Adeosun has resigned. She is a talented, courageous woman who drove a lot of important reforms as Minister of Finance. However, the NYSC saga had made her position untenable & the situation was only going to go from bad to worse.’’

Some people have praised her as one of the few Nigerians that have dared to resign from office.

“This is the first time in the history of Nigeria a minister or a leader will take a bold step to write a resignation letter because of forgery allegation.’’

In his tweet, Niyi Balogun‏ @ng_niyi said: “Just shows how dirty the labyrinth of power can get. Great talent though. Wish Kemi Adeosun best!’’

With Kemi Adeosun’s reported resignation, it’s safe to declare that Nigeria’s journalist of the year is definitely our own @abdulfagge, for revealing her forgery and how she was being exploited by NASS. And allow me to famz that he’s my former co-worker. #ProudFriendsCommunity

Presidency has, however, said the trending resignation is fake news. 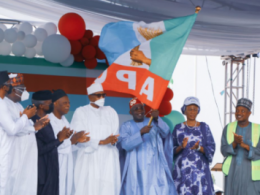 Messages of congratulations have been pouring in for the All Progressives  Congress Presidential candidate Asiwaju Bola Tinubu.
byLateef Idris
1 share
1
0
0
No comments 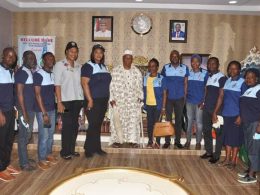 As part of efforts to sustain standards and professionalism in the industry, as well as build synergy for a sustainable collaboration with practitioners across the State, the Lagos State Film and Video Censors Board, (LSFVCB) has held a sensitisation campaign targeted at stakeholders and residents of Epe and its environs.
byLateef Idris
No comments 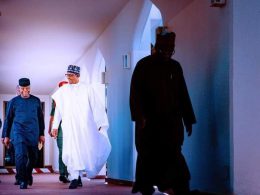 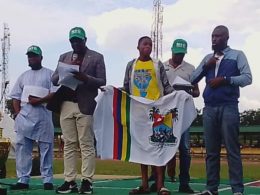 The search for new track queens by the Athletics Federation of Nigeria (AFN) may have yielded results at the sixth National Youth Games in Ilorin.
byTayo Aderinola
No comments