The Chief Army Staff, Lt.-Gen. Tukur Buratai on Thursday met with Media Executives and solicited their support in the fight against the Boko Haram insurgency and other security challenges confronting the country.

Buratai said the army was continuously making sacrifices to ensure the unity of the country and appealed to Nigerians to desist from acts that were capable of truncating the progress so far achieved.

“Let us be patient with the security agencies and support them.

“I assure you all that the Nigerian Army is your Army which will continue to work for the common good of the nation while professionally carrying out its constitutional roles,” he said.

On the fight against insurgency, the army chief said he had directed relevant departments and corps in the army to immediately embark on campaign to counter the negative narratives and ideology of the Boko Haram insurgents.

“This Campaign Plan for countering the negative narratives and ideology of the insurgents, using community resilience is part of the Nigerian Army’s non-kinetic approach to the fight against insurgency in the North East,” he said.

Buratai said the campaign would be focused on community stabilisation.

“This is necessitated by the power which is inherent in a community when members of the community team up to achieve a desired objective.

“We have discovered the power that is embedded in large communities when they collectively team up to achieve a desired goal or objective.

“Community stabilisation as you are all aware is a measure of the sustained ability of a community to utilise available resources to respond to, withstand and recover from adverse situations.

“It is also a means where communities stand up as a collective entity to resist whatever is deemed alien to their beliefs, culture, tradition and way of life.

“The insurgents have used fear and extremely negative religious fundamentalism as a justification for the deployment of women and children as suicide bombers, setting ablaze Churches and Mosques, while engaging in indiscriminate killing of innocent people.”

According to the army chief, community stabilisation lies in the ability of every community to say, `No more will we allow this to happen to us again.’

“The resistance by the community will create an internal system that will complement the efforts of the Nigerian Army and ensure that these insurgents are ideologically defeated completely.”

He noted that there had been increased determination on the part of the people of the North-East to resist and unite against the terrorists, following their relocation back to their ancestral homes.

Buratai said it was obvious that the people of the region were developing a collective resilience which only needed to be encouraged and supported.

“This is a positive response against the initial imposition of a strange ideology by the terrorists.

“The Nigerian Army intends to build on this,” he said, and solicited the support of the media, all other stakeholders and well-meaning Nigerians at “this crucial stage of our fight against insurgency.”

The Commissioner of Police, Lagos State, CP Hakeem Odumosu on Wednesday 20th January, 2021, received a delegation from the United Nations Department of Safety and Security on were on a courtesy visit in his ikeja office.
byLateef Idris
No comments 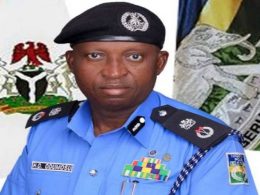 Police Operatives attached to the Sagamu Road Division, Ikorodu in Lagos State have arrested, one Rasheed Isiaka, who is alleged to be terrorizing residents of Ikorodu.
byLateef Idris
No comments