President Muhammadu Buhari has blamed the Inspector General of Police, Idris Abubakar over the continuous killings in Benue State.

The President said this while faulting the notion in some quarters that he had abandoned the people of Benue State.

Buhari said he had the people of the state at heart and will not abandon them.

The president made this remark on Tuesday during a condolence visit to the state.

According to him, “The problem in Benue started worsening because the IGP refused to follow my instruction. What I did was to call him (IGP) and give him the directive. I didn’t know he moved here (Benue State) and didn’t spend much time … and then moved to Nasarawa. It’s only now that I am knowing that.

“But I know I dispatched him here,” the President said.

“It is wrong to think I have abandoned the people of Benue. I still have at heart.

“I thank the governor and the people of the state for receiving me.

“We have deployed security agencies to make sure the clashes between farmers and end as soon as possible.” 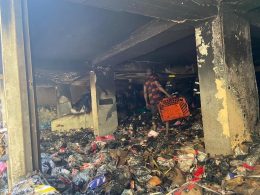 The Lagos State Emergency Management Agency, LASEMA, with it’s primary stakeholders in an ongoing operation is tackling a fire outbreak at 118, Broad Street on Lagos Island where fire men have now gained access into the storage room for shoes and slippers, in an intensive effort to subdue the fire.
byLateef Idris
No comments 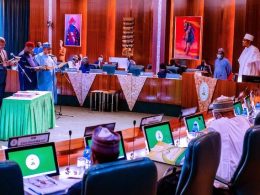 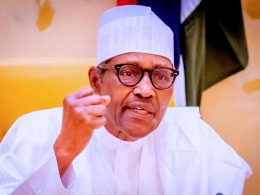 President Muhammadu Buhari has congratulated the Nigeria Union of Journalists (NUJ) on the outcome of their seventh triennial delegates’ conference which saw the re-election of Chris Isiguzo as President.
byLateef Idris
No comments