The rate of ATM and SIM cards related fraud now is mind boggling. Some of the traffic robbers and phone thieves arrested by the operatives of Rapid Response Squad (RRS) have confirmed the interest of fraud cartel in buying stolen phones with its SIM cards.

To underscore the prevalence of this nature of fraud, Daily Sun newspaper of Tuesday, March, 13, 2018, in its editorial opinion titled “Checking Rising Fraud/Forgeries in Bank” cited Nigeria Deposit Insurance Corporation report on fraudulent activities in 2017.

Recently, operatives of Rapid Response Squad of the Lagos State Police Command arrested a 6 man syndicate that steal phones from Lagosians and work on the SIM cards through computer applications, thereafter obtain the owners bank details and withdraw money from the owners’ bank accounts.

The group leader, Muritala Muhammed a.k.a Swallow, a Senior Secondary School II drop out was arrested by the Decoy Team of RRS when he transferred N1, 530,000:00 from the FCMB account of Joseph Blessing Benita to three accounts provided by another member of the syndicate.

Swallow wasn’t alone in the business of stealing phones and working on their SIMs in order to access the bank accounts of the owners. Since Swallow was arrested few months ago, some of his kinds on the job are still on the prowl of Lagos metropolis.

Last week, Alade had his phone stolen while in public bus between Ojodu Berger and Alausa, Secretariat. He got down to discover his phone was gone. He called the number, and a “good Samaritan” picked up the call, requested for his full name and his current location. Alade waited that day to no avail. He called the line again, switched off.

The following day, he smelt a rat. He rushed to the bank to check his account. It has been blocked. Worried, he made few enquiries, and was asked to see his account officer who told him he blocked the account when he noticed a suspicious transfer of N200,000:00 out the N600,000:00 that was there. Alade is still nursing the wound of having to lose N200, 000:00 just like that, being a civil servant.

Your SIM is not the only means criminals can use to access your bank accounts. Your ATM card, we have been told can be used in so many ways to withdraw all your life savings.

One prominent ways is overly exposing your PIN before criminal minded individuals who prey on such instances. RRS has handled many cases in this instance with monetary involvement ranging from N700,000.00 to N3.7 million. Such funds are depleted through online shopping and unnecessary on the spot buying in big malls.

Similarly, we have heard of instances, particularly, “one chance”, where victims are made to surrender their PINs while one of the suspects do the withdrawal.

We have also heard of a story where criminals apply chemical substance to the surface of ATM chip, thereafter made withdrawals without PIN difficulty.

By whatever means, criminals are evolving new means to sustain their life styles daily. As technology changes, they evolve newer means of eking out a living. Of utmost importance to us are our Bank Accounts and Savings. This is the more reasons we must guide strictly our easy access to our Accounts such as our mobile phones, SIMs and ATM cards. These are the keys to our Bank vaults.

If your SIM Card/ATM Card/Internet banking enabled phone is stolen, get your bank to block your account and your service provider to block the line, then, quickly alert the police. 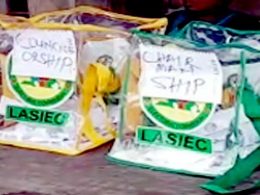 Lagos State Independent Electoral Commission (LASIEC) has confirmed 24th of July 2021 for the conduct of the Lagos State Local Government Elections for Chairman, Vice Chairman and Councillors in the 20 Local Government Councils and 37 LCDAs
byTayo Aderinola
No comments 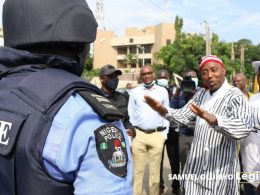 Publisher of Sahara Reporters, Omoyele Sowore, was attacked by suspected hoodlums at the Federal High Court in Abuja on Thursday.
byTayo Aderinola
No comments 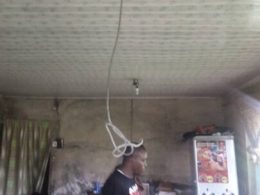 Bye-elections are being held today in 11 states across the country, covering six senatorial districts and nine state…
byLateef Idris
No comments